Cabaret's Joel Grey Comes Out: 'If You Have to Put a Label On It, I'm a Gay Man'

Broadway icon and award-winning actor star Joel Grey is speaking publicly about his sexuality for the very first time.

“I don’t like labels,” Grey tells People magazine, “but if you have to put a label on it, I’m a gay man.”

The 82-year-old won an Oscar and a Tony for his role as the Master of Ceremonies in Cabaret (Grey has also appeared on Private Practice and Buffy the Vampire Slayer.) He was married for 24 years to actress Jo Wilderand and raised two children, a time period he calls the “happiest of my life.”

“All the people close to me have known for years who I am,” Grey says. “[Yet] it took time to embrace that other part of who I always was.”

The announcement kicks off a busy year for the actor: his memoir and a new photography book are due later in 2015.

Read more excerpts from the interview at People. 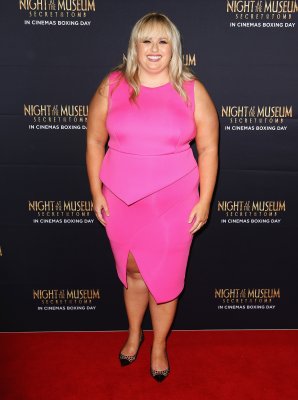 Rebel Wilson: 'Bigger Girls Do Better in Comedy'
Next Up: Editor's Pick