The writer Philip K. Dick has returned to the public eye recently, as the pilot for a show based on his The Man in the High Castle — an alternate history in which the Axis triumphed in World War II — is streaming on Amazon.

When the Minority Report author and longtime Berkeley resident first made the pages of TIME Magazine, it was for a very different reason. In the fall of 1955, the magazine had put the writer Herman Wouk (of the mega-bestseller The Caine Mutiny) on the cover. As the story inside noted, Caine had won the author a Pulitzer Prize, extreme wealth and media attention, particularly to the surprisingly conservative take-aways of the story. “His chief significance is that he spearheads a mutiny against the literary stereotypes of rebellion—against three decades of U.S. fiction dominated by skeptical criticism, sexual emancipation, social protest and psychoanalytic sermonizing,” the story continued.

But not everyone was a fan. This letter to the editor appeared in the magazine as few weeks later:

Dick did not appear in TIME again until his death in 1982, mere months before Blade Runner would propel his work into the mainstream, a trend that has continued for decades as his visions of tech-inflected dystopia grew more and more relevant.

As Richard Corliss noted of Dick in 2002, “his dark vision of the future is now.” 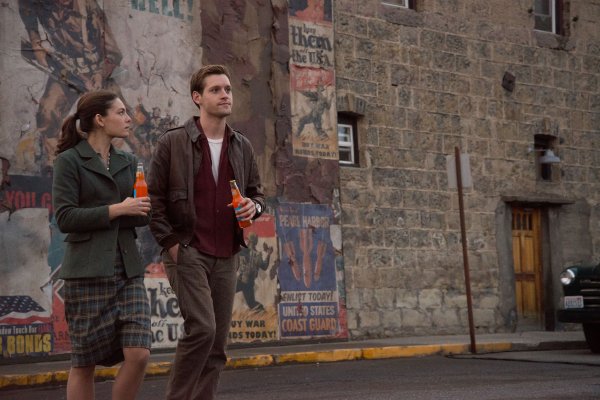 This Show Imagines What Life Would Be Like if the Nazis Had Won World War II
Next Up: Editor's Pick