Professional football players who began playing tackle football before age 12 experienced more dramatic cognitive decline as adults than their counterparts who begin playing later in life, found a new study in the journal Neurology. Overall, former NFL players in the study performed below expectations for their age groups on cognitive assessments.

“As a society we need to question whether we should sanction and condone allowing our children at a young age to having their brains be jostled about inside their skulls hundreds of times per season,” says study author Robert A. Stern, a professor at Boston University.

The study tested 42 former NFL players who were experiencing brain function issues on their ability to remember a list of words, solve problems requiring mental flexibility and read and pronounce uncommon words. Athletes who began playing before age 12 performed significantly worse than their late-starting counterparts on all measures.

The results challenge a common misconception that young people are likely fine if they aren’t experiencing full-blown concussions or dramatic injuries. Repeated hits sustained by children under 12, even if they’re not traumatic, may also affect the brain’s structure and function, the study suggests.

“For me, the biggest concern in long-term consequences is not concussion, but rather sub-concussive exposure,” says Stern. “We need to continue anything and everything possible to reduce the number of hits.”

Stern describes the findings as “robust” but noted the study’s limitations. For one, focusing solely on NFL players makes it impossible to generalize the findings to all athletes, or even all football players. Still, he says, the notion that tackle football poses the risk of brain damage just makes “logical sense.”

MORE: Football Head Impacts Can Cause Brain Changes Even Without Concussion

The study, released just days before the Super Bowl, adds to a growing body of evidence on the dangers of the sport, particularly for young people. A 2012 Virginia Tech study, for instance, tracked accelerometers in the helmets of youth football players ages 7 and 8 and found that the average player received 107 impacts throughout the course of the season, some at speeds equivalent to a car accident. Parents have responded to the mounting research by questioning whether their kids should play the sport at all. Between 2007 and 2013, the number of children ages 6 to 12 playing tackle football declined by more than 25%. 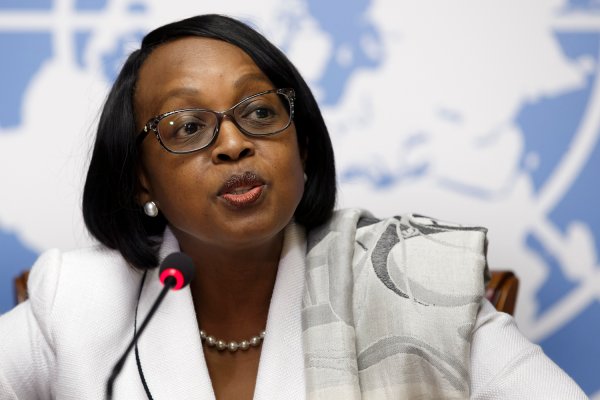 WHO Appoints New Africa Chief
Next Up: Editor's Pick