Football is not a safe sport, and the Super Bowl on Sunday was no exception, with one player out because of a concussion before the New England Patriots prevailed over the Seattle Seahawks. Even though players wear lots of protective gear and helmets to protect their skulls, it doesn’t stop what many are calling a “concussion epidemic” among U.S. sports. But, one scientist is calling upon the community to develop new materials that could make helmets much safer.

A new study published Wednesday shows former NFL players who played tackle football before age 12 were more likely to have memory and thinking problems when they’re adults. But scientist Ainissa Ramirez, author of the book Newton’s Football: The Science Behind America’s Game, says it doesn’t have to be this way. If helmets were made with better materials, players’ brains could be better protected. “Helmet material is too stiff, it’s not able to absorb the force,” she says.

MORE: How a Digital Football Could Have Saved Us From Deflategate

Ramirez and her co-author Allen St. John decided to ask the question: Why don’t other animals who hit their heads often get concussions? First, they looked at the woodpecker. “What we learned that woodpeckers don’t get concussions because they have small brains which means they can handle bigger forces,” explains Ramirez. “You know this intuitively, if your cellphone drops off your desk or your laptop drops off your desk, you’re not going to be too worried about your cell phone but you’re going to be afraid for your laptop.”

Next they looked at rams, and made a promising discovery. “Rams and big horned sheep hit each other at 40 miles and hour, and seconds later they are coming back for more,” says Ramirez. “They have brains comparable to our own size. They can survive and not get concussions because of their horns.” Rams’ horns are made out of a polymer called keratin. Keratin is in our hair, our fingernails, in tortoise shells, and porcupine quills for example. Ramirez says it’s very stretchy, and for rams, it acts like a crumple zone for a car, but with the ability to recover.

“We need better materials [for helmets] and we can borrow from nature. Maybe we need a material that’s sort of like keratin,” says Ramirez.

It wouldn’t be the first time we’ve borrowed from nature. Velcro, for example, was created in the 1950s when George de Mestral, a Swiss electrical engineer. After returning from a walk, he discovered his socks and his dog’s fur were covered in burs. Intrigued by how they worked, de Mestral looked at the burs under a microscope and discovered a bunch of little hooks, which became the inspiration for velcro.

Ramirez isn’t positive that keratin will for sure work as a helmet material, but she’s calling on the scientific community to try it out, or at least prioritize the search for better materials. Despite the fact that in 2013 the NFL launched a $10 million program to find better shock absorbent materials for helmets and other technologies to prevent concussions, there hasn’t been much of a race for finding the perfect material. One promising effort is from a team at UCLA that’s researching the use of a energy-absorbing microlattice material that could replace the foam in helmets.

You can watch a video of UCLA’s material below:

Ramirez says she thinks there are not many academics taking on helmet materials because the field isn’t “sexy.” “Scientists have egos like everyone else and if you’re sitting at the table working on helmet material, people think, ‘well what’s wrong with that person?’” says Ramirez. “It’s also hard to get an audience with the NFL. There are a lot of barriers.”

Still, the hope is that more priority and funding from the NFL and medical community will spur greater innovation for new helmet materials. We might see new technologies to prevent concussions in the near future, though not in time for the Super Bowl this weekend. 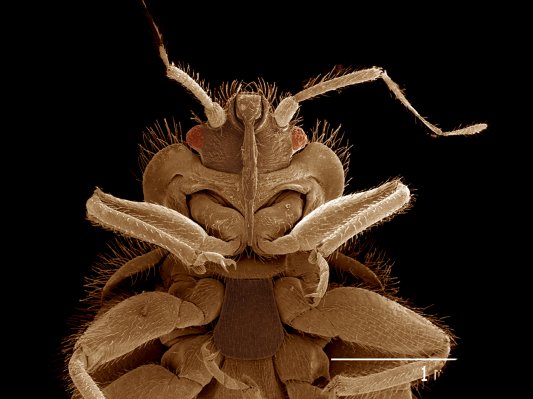 These Are the Cities With the Most Bed Bugs
Next Up: Editor's Pick