Michelle Obama Unveiled in Saudi: A Style Statement, Not a Political Statement

There is nothing quite as contentious as the headscarf issue when it comes to women’s rights in Saudi Arabia, at least where western observers are concerned. So when U.S. first lady Michelle Obama went to pay her respects after the death of Saudi King Abdullah in Riyadh with her hair uncovered, social media lit up with both praise and opprobrium. “Michelle Obama shouldve stayed in Airforce One as a sign of boycott rather than flouting rules of another country #Michelle_Obama_NotVeiled” tweeted @Random_Arora. “She was a guest in another country &culture. She should make no judgements, but show proper respect at a funeral.2 #Michelle_Obama_NotVeiled,” wrote @MonaBadah.

The thing is, Obama wasn’t really flouting any rules when she chose not to wear a headscarf. While foreign female visitors to the Kingdom are expected to wear long, loose fitting garments as a sign of respect — Obama obliged with a long coat over dark trousers — the headscarf is optional. The muttawa, or religious police, might growl menacingly, but there is nothing legally wrong with going uncovered for non-Muslims. Doing so may draw unwanted attention, and the ire of conservatives, but most Saudis treat the headscarf as a sign of piety, or at least feigned piety for public consumption.

When it comes to women’s rights in the kingdom, the headscarf is the least of any Saudi activist’s worries. She is more likely to be concerned about the right to drive, the right to vote, the right to keep her children after asking for divorce and the right to travel, marry and work without express permission from a male guardian. So maybe if Obama had driven to the funeral herself, it would have been worth a stir. Instead, she did as several other notable female visitors to the Kingdom, German Chancellor Angela Merkel and former U.S. Secretary of State Condoleezza Rice among them, have done before: dressing respectfully without compromising their own personal sense of style. It’s not like Mr. Obama decided to don a thobe and shemagh for the occasion.

Correction: The original version of this story mischaracterised Obama’s visit to Riyadh. It was to offer condolences for the Saudi King. 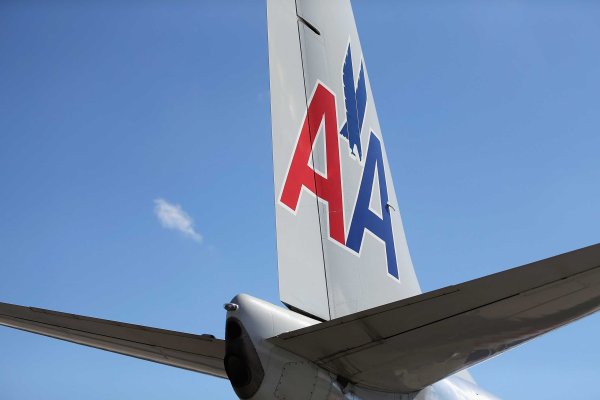 Fake Twitter Bomb Threats to Airlines On the Rise
Next Up: Editor's Pick