How Karen Carpenter's Death Changed the Way We Talk About Anorexia

After being called chubby as a teenager, Karen Carpenter began dieting. When she slimmed down from 145 to 120 lbs., her friends and family praised her weight loss. It was only after her weight continued to plummet, dropping to a skeletal 90 lbs. in the mid-1970s, that they realized her health was in jeopardy.

The lead singer of The Carpenters, the Grammy-winning band she’d formed with her brother, died on this day, Feb. 4, in 1983, of heart failure related to her years-long struggle with anorexia. She was 32. In her TIME obituary, the magazine called her the “dulcet-voiced singing half, opposite her pianist-arranger brother Richard, of the squeaky-clean Carpenters.” By that point, the duo—having released their first album in 1969—had sold 80 million records and won three Grammy Awards for hits like “Close to You,” “We’ve Only Just Begun” and “Rainy Days and Mondays.”

Carpenter’s death raised awareness of the dangers of eating disorders, which had until then been little publicized or understood. For a generation of women who saw Twiggy as an icon of the ideal body shape, it also proved—as TIME concluded in 1989, when summing up the moral of a docudrama about Carpenter’s life—that it was, in fact, possible to be too thin. (The other moral of the film, noted critic Richard Zoglin: “such an illness can often be traced to the failings of Mom and Dad.”)

Carpenter was the first celebrity casualty of an eating disorder, according to Randy Schmidt, the author of Little Girl Blue: The Life of Karen Carpenter. After her death, however, other public figures shared their own struggles with anorexia and bulimia, most notably Princess Diana.

Two years after Carpenter’s death, a group of doctors and therapists who specialized in treating eating disorders lobbied the Food and Drug Administration to ban over-the-counter sales of the vomit-inducing drug ipecac, which Carpenter had reportedly been taking to keep from gaining weight — and which had overtaxed her already weak heart.

Her therapist told the New York Times he believed tens of thousands of American women, desperate to lose weight, were abusing ipecac, “a drug that was not known until very recently as an abusive drug.” Ipecac had long been used to purge the stomachs of poisoning victims, but its repeated use led to heart problems and muscle weakness.

Whether from ipecac or from malnourishment alone, Carpenter was so weak by the mid-’70s that she could do little more than lie down between shows. Her exhaustion forced the band to cancel a 1975 European tour while she slept 14 to 16 hours a day, according to Schmidt’s biography.

While everyone around her was worried, no one knew exactly how to help. Schmidt quotes Carpenter’s bandmate John Bettis on their misguided attempts to nurse her back to health. “Anorexia nervosa was so new that I didn’t even know how to pronounce it until 1980,” Bettis told the biographer. “From the outside the solution looks so simple. All a person has to do is eat. So we were constantly trying to shove food at Karen.”

Their efforts were in vain, however. Audiences gasped when Carpenter emerged onstage in silky sleeveless dresses, Schmidt writes; concerned fans feared she was dying from cancer. While her voice, a lush contralto, stayed strong, critics took note of her increasingly bony frame.

A Variety review of one performance, cited by Schmidt, complained, “She is terribly thin, almost a wraith, and should be gowned more becomingly.”

Read the full review of The Karen Carpenter Story, here in TIME’s archives: The Pulp Message of the Week 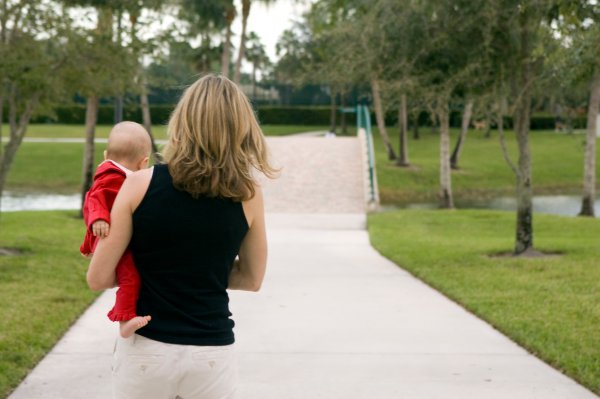 Three-Parent IVF Deserves a Chance in the U.S.
Next Up: Editor's Pick