Netflix’s Wet Hot American Summer series finally has a subtitle and a teaser. And while the teaser doesn’t contain much info aside from the names of cast members, that subtitle—First Day of Camp—says a lot.

The video’s YouTube description has a little more detail: the eight-episode series will take place on the first day of camp during the summer of 1981. As you’ll recall, the original movie took place on the last day of camp that same summer. That means Wet Hot‘s returning cast members will be playing (very slightly) younger versions of roles they played back in 2001. Good thing Paul Rudd basically hasn’t aged.

And don’t worry: In addition to Rudd and Michael Showalter, who will co-write the series as he did the movie with director David Wain, the likes of Amy Poehler, Elizabeth Banks, Janeane Garofalo, Christopher Meloni, David Hyde Pierce, and Bradley Cooper will be back as well.

Would you have guessed 14 years ago that Cooper would have been nominated for multiple Academy Awards by now, and that Rudd would be Ant-Man? Times do change. According to the teaser, the series is coming this summer.

Read next: Amazon Prime Membership Should Come With a Warning 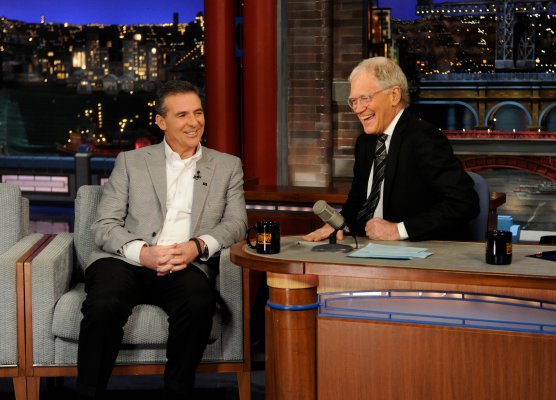 Here's Why David Letterman 'Can't Wait' for Retirement
Next Up: Editor's Pick