Angelina Jolie has written a searing account of her visit to an Iraqi refugee camp earlier this week, urging world leaders in a Tuesday op-ed to scale up relief efforts and do more to broker a ceasefire agreement in Syria.

“I have seen nothing like the suffering I’m witnessing now,” Jolie wrote in the New York Times. The accounts by displaced people from Iraq and Syria of rape, abductions and kidnappings left her “speechless,” Jolie wrote.

She goes on to recount individual stories of abuse that she said exceeded the brutality of accounts she had heard heard on four previous visits to Iraq as the special envoy of the United Nations High Commissioner for Refugees.

“Only an end to the war in Syria will begin to turn the tide on these problems,” she wrote. “Without that, we are just tinkering at the edges.” 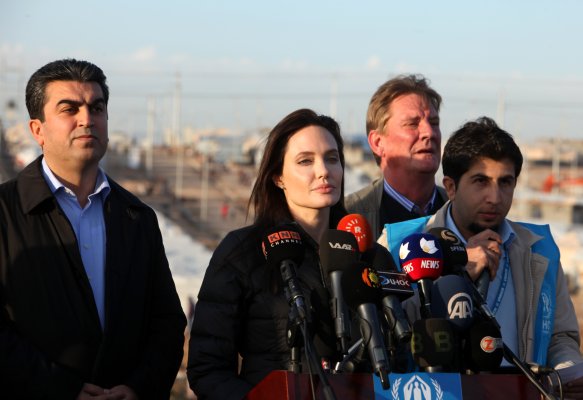 Angelina Jolie Pleads for Syrian and Iraqi Refugees
Next Up: Editor's Pick