Boy Scouts' 'Perversion Files' to Be Unveiled in Molestation Trial

Nearly 100,000 pages from the Boy Scouts of America’s so-called “perversion” files – documenting the alleged sexual abuse of scouts by adult volunteers – will play a key role in a civil trial that began on Monday in Santa Barbara, California.

“The Boy Scouts of America has a long and sordid history of child sexual abuse committed against young Scouts, committed by Scout leaders, and that timeline goes back, the files show, until at least the 1920s,” attorney Tim Hale told the jury in his opening statements, according to the Associated Press.

Hale represents a now 20-year-old former Scout who was sexually molested seven years ago by volunteer Al Stein, 37, while the two worked in a Christmas tree lot in Goleta, California, Stein later served time in prison for the assault that his victim contends resulted in depression, anxiety and post-traumatic stress so severe that he cannot leave his home.

Hale maintains that the organization did little to properly educate and train adult volunteers and parents about sex abuse. He told the jury that once deliberations begin they will receive a CD containing thousands of abuse cases gathered by the organization.

“You are going to be the first people in the United States with the opportunity to review these files,” said Hale, who got the green light to use the files as evidence by a judge earlier this month.

Nicholas Heldt, an attorney for the Scouts, argued that the “perversion” files, aka ineligible volunteer (IV) files, were used to develop a list of adults who shouldn’t be allowed to participate in Scouts. He added that while the organization may have made mistakes in the past, it currently maintains an intensive program to protect children from pedophiles and the files will reveal what strides have been made in recent years to protect children.

In this particular case, Heldt maintained that the training program helped the victim understand what was happening during his sexual assault and resist the attack. He quickly notified his mother and she alerted Scout leaders about the incident, who informed police.

“The behavior described in this suit is absolutely unacceptable and runs counter to everything for which the Boy Scouts of America stands,” Deron Smith, communications director for the organization, tells PEOPLE. “The ineligible volunteer files (IV) exist solely to keep out individuals whose actions are inconsistent with the standards of Scouting and Scouts are safer because those files exist. Experts have found that the BSA’s system of IV files functions well to help protect Scouts by denying entry to dangerous individuals, and Scouting believes that they play an important role in our comprehensive youth protection system.”

In 2012, an Oregon Supreme Court judge first ordered the release of the “perversion” files from 1965 to 1985 after a former scout was awarded a $20 million settlement in a molestation case. The records revealed that many of the abuse allegations brought to the attention of the national organization were never reported to police.

Last year, the Los Angeles Times created a detailed database documenting the nearly 5,000 men and several women expelled from the organization between 1947 and 2005 after being suspected of sexual abuse.

In the ongoing trial, Hale plans on focusing on documents between 1971 and 2007. 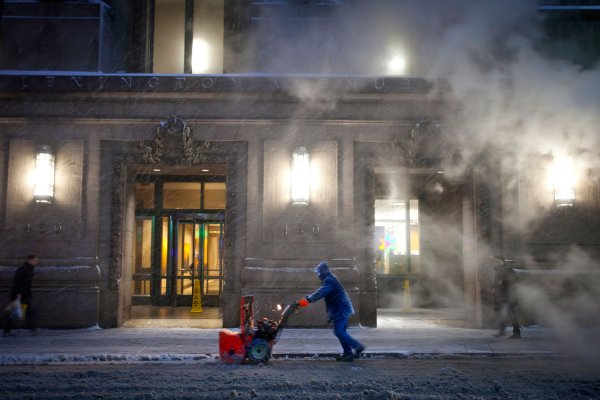 Here's a Closer Look at the 'Snowmenclature' People Are Using
Next Up: Editor's Pick