The Selection at Auschwitz

Seventy years ago today, Soviet troops liberated the Auschwitz concentration camp in German-occupied southern Poland where, from 1942 on, the Nazis killed at least 960,000 Jews, 74,000 Poles, 21,000 Roma (Gypsies), 15,000 Soviet prisoners of war, and 10,000-15,000 others. Most were killed in gas chambers designed and constructed for the purpose.

In February 1944, less than a year before the liberation, the Italian chemist Primo Levi arrived at the camp with more than 600 other Jews who had been deported from German-occupied Italy in sealed train cars. In all, some 10,000 Jews were deported to concentration and extermination camps from Italy after the German occupation in September 1943.

Following is Levi’s account of the selection process by means of which the Nazis determined who would be killed and who would be kept alive for slave labor, from Survival in Auschwitz, (Simon and Schuster):

Read next: Eva Kor: What It Was Like to Be Experimented on During the Holocaust 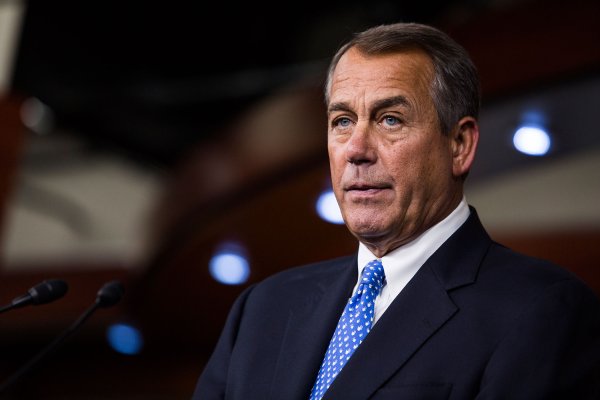 Partisan Lines Drawn in Congress Over Immigration
Next Up: Editor's Pick