Man Who Crashed Drone at White House Had Reportedly Been Drinking

The south side of the White House is seen January 26, 2015 in Washington, D.C.
Brendan Smialowski—AFP/Getty Images
By Alex Fitzpatrick

The pilot of a small unmanned drone that crashed on the White House lawn early Monday had been drinking before the incident took place, law enforcement officials told the New York Times.

The still-unidentified government employee turned himself in to authorities after seeing news reports about the crash, which triggered a lockdown at the White House and nearby government buildings.

The Times reported the man had a feeling the drone might have touched down on the White House grounds, but he went home to sleep regardless.

While this particular remote-controlled aircraft posed little risk to the President or others, the event caused concern that similar drones could represent a national security threat.

President Obama himself used the incident to call for a new regulatory framework around small unmanned aircraft. Some Federal Aviation Administration rules apply to small, hobbyist-piloted drones, but the agency lacks an effective enforcement mechanism to punish offenders, largely leaving local law enforcement to sanction pilots who put the public’s safety at risk.

Judging by a Secret Service photo released Monday, the drone was a DJI Phantom, which are about two pounds and just over a foot across and retail for $479 and up:

Many Phantom models are capable of carrying a video camera, but it wasn’t clear from the image if the unit in question was equipped with one. 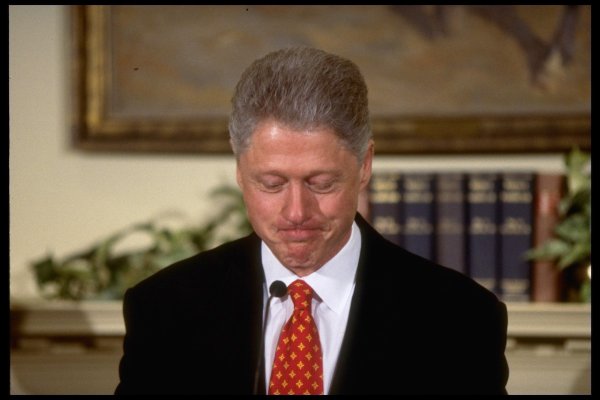 The Story Behind Bill Clinton's Infamous Denial
Next Up: Editor's Pick