Nearly three hundred children between ages 11 and 17 laid down their arms Tuesday, in the first step of an ambitious program to reintegrate some 3,000 child soldiers in South Sudan, according to UNICEF.

The children are members of the South Sudan Democratic Army Cobra Faction, a militant group in eastern Sudan whose leader, David Yau Yau, signed a peace agreement with the government last year amid ongoing violence in the country.

UNICEF, which helped broker the children’s release, said it would mark one of the largest demobilization of children soldiers ever. It expects the full handover to take weeks.

“These children have been forced to do and see things no child should ever experience,” UNICEF South Sudan Representative Jonathan Veitch said in a statement.

Since fighting broke out between President Salva Kiir and supporters of Vice President Riek Machar in December 2013, the country—which broke off from Sudan, its northern neighbor, in 2011—has been embroiled in a conflict between the government and rebel groups that has killed more than 10,000 people and displaced some 1.5 million others.

But the conflict has taken a disproportionate toll on children, forcing some 400,000 students out of school and prompting a surge in the number of child soldiers, according to Ettie Higgins, the deputy representative for UNICEF in South Sudan. Since the fighting began, an estimated 12,000 children have been recruited to fight with armed groups on both sides.

Now UNICEF and other organizations, in conjunction with the government, are aiming to return those children to their families.

“They’re happy to give their gun up and they just want to go to school,” Higgins said in a telephone interview from South Sudan after the first group of 280 children were released. “That’s been the key message we’re getting.”

UNICEF and its partner organizations said they will provide counseling and health care to the children as they attempt to reunite them with their families. The aid groups are also working with local communities, which have agreed to welcome back the children recruited by the Cobra Faction, to prevent discrimination and limit the chances that the children are again recruited.

But UN officials stress that the program risks stalling if funding dries up. UNICEF, which is appealing for $10 million in funding, says the process of reintigrating the children costs roughly $2,330 a child over two years.

“At the risk of sounding like other conflict zones, we don’t want to lose another generation here,” Higgins said. “These children, despite everything they’ve gone through, they’re still looking to the future. We mustn’t let them down.” 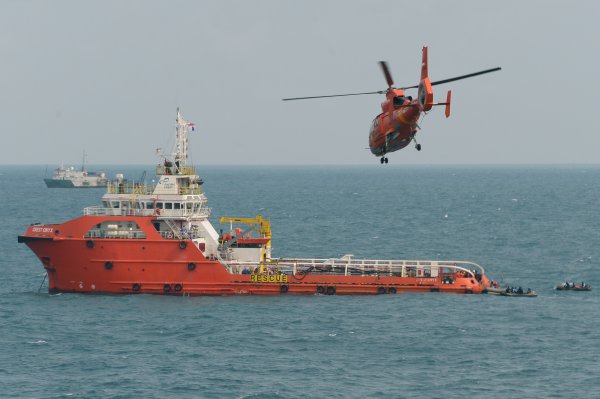 Search for AirAsia Wreckage Ends
Next Up: Editor's Pick