Why Microsoft Is Making Less Money From Windows

Microsoft’s second quarter earnings report released Monday had a few bright spots, including rising sales in mobile devices and cloud services. Overall, the company’s sales were up 8% in the quarter ending Dec. 31, though costs related to acquisitions and layoffs meant profits were down 10.6% to $5.9 billion.

Despite the company’s good sales numbers, revenue from copies of its Windows operating system installed on new computers, long a reliable source of cash, were down 13% year-over-year. Why?

First, the consumer PC market has been either slipping or stagnant for years, meaning there’s fewer devices capable of running Microsoft’s PC operating system being sold.

But there’s another reason that’s far more under Microsoft’s control.

Back at the end of 2013, Microsoft was on the verge of ending technical support for Windows XP business customers. That convinced lots of IT and accounting departments it was finally time to upgrade from the decade-plus-old operating system, driving sales of Microsoft’s newer OSes, like Windows 8.

It’s safe to expect Windows to be less of a moneymaker for Microsoft in the future. Last week, the company announced that its upcoming iteration of the operating system, Windows 10, will be a free upgrade for users with older versions already installed. That’s a consumer-friendly move that should help drive adoption rates, but it will eat even further into Windows’ revenue figures. Still, if Microsoft continues to be successful in mobile and cloud services, that could more than make up for the free upgrade. 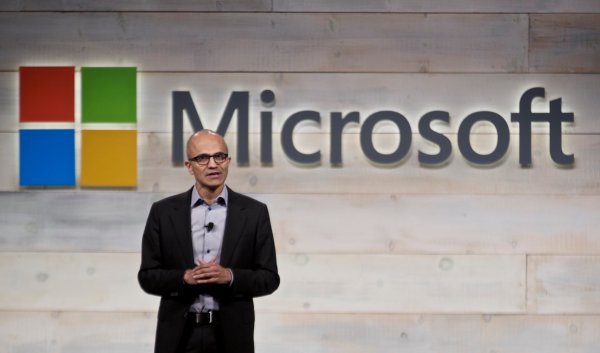