Microsoft said Monday its profits fell more than 10% during its latest quarter despite an uptick in sales. Here are the key points from the tech giant’s latest earnings.

What you need to know: Microsoft’s sales jumped nearly 8% in the quarter ending Dec. 31, improving to $26.5 billion. That is in line with the $26.3 billion in revenue that analysts expected, according to Thomson Reuters. But the company’s profits fell by 10.6% to $5.9 billion, or 71 cents per share.

Contributing to the decline in earnings was a $243 million charge the company took from “integration and restructuring expenses” related to the massive layoffs Microsoft announced last summer as well as ongoing costs from integrating the mobile phone business it acquired from Nokia in early 2014.

Microsoft shares dropped by 2.5% in after-hours trading following the release of the company’s financials.

The big number: CEO Satya Nadella has put a lot of focus on cloud computing since taking control of the company last year. Now, the company has said that commercial cloud sales more than doubled again in the latest quarter, the third under Nadella’s watch as CEO. That’s after cloud sales jumped 128% in the previous quarter.

A 30% gain in non-corporate Office 365 subscribers last quarter helped drive the increased cloud revenue, which Microsoft said extrapolates to $5.5 billion annually based on last quarter’s returns. “Microsoft is continuing to transform, executing against our strategic priorities and extending our cloud leadership,” Nadella said in a statement.

Microsoft’s overall revenue also received a major boost from its phone hardware sales, which added $2.3 billion to the quarterly tally by selling a record 10.5 million Lumina smartphones. Still, Windows Phones lost some of their share of the U.S. smartphone market in 2014, dropping to 3.1% from 3.3% the previous year, according to data from eMarketer.

What you might have missed: Sales of the company’s Surface tablets continue to gain steam, even if they still lag far behind iPad sales. Microsoft said its Surface revenue crossed the $1 billion mark for the first time, rising 24% year-over-year to $1.1 billion last quarter. By comparison, Apple reported $5.3 billion in iPad sales in its most recent quarter.

Meanwhile, Microsoft said its search advertising revenue jumped by 23% last quarter, helped by a slight increase in the company’s share of the U.S. search market. Microsoft’s Bing grabbed a 19.7% U.S. market share last year, which was up slightly and outpaced Yahoo’s 10.2%, according to comScore.

Microsoft also received a boost from a strong holiday retail season for its Xbox One gaming console, which sold 6.6 million units in the quarter. The company said last week that the Xbox One was the bestselling console in the U.S.in November and December after Microsoft slashed the price of the popular console, from $499 when it was first released in 2013, to $349 at the end of October. Still, overall sales for the company’s computing and gaming hardware segment dropped more than 10%, to $3.9 billion, in the second quarter. 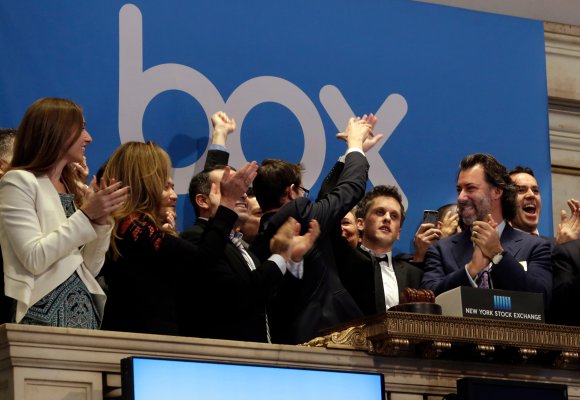