A new report predicts that 18 U.S. states will have legalized recreational marijuana in the next five years, a huge increase from the four states that currently have or are in the process of creating legal markets for pot.

The report, set to be released in February from ArcView Market Research, a firm that pairs investors with marijuana-related businesses, was sponsored by marijuana-industry groups and has a prolegalization tone. But their prediction is not simply self-serving optimism. The map below shows the states where ArcView’s researchers believe recreational pot shops will open their doors:

The map has a lot of overlap with the places where the Marijuana Policy Project (MPP), the group that helped launch legal weed in Colorado, already has workers on the ground in preparation for legalization votes over the next two years. Yet MPP is a bit more cautious in its outlook: the group believes 12 states could join Colorado, Washington, Oregon and Alaska in allowing recreational pot by 2017. Unlike ArcView (whose executive director sits on MPP’s board), they’re not banking on legalization taking root in Montana, New Jersey or Connecticut over the next few years, according to spokesperson Morgan Fox. He says they’re concentrating current efforts in Arizona, California, Maine, Massachusetts and Nevada. They see Texas — yes, Texas —as an outside possibility.

In the report, ArcView claims that “2014 will be remembered as a year when … a sense of inevitability about national legalization became conventional wisdom among elected officials and the general public.” But the issue and the mood of the electorate are far from settled. In November, Gallup released a poll showing that a majority of Americans favor legalization. But it’s a slim majority of 51%, down from 58% in 2013, with many conservatives still balking at the idea.

As with so many other political issues, the speed at which states legalize marijuana is going to be affected by the rate at which donors are willing to pour money into elections and lobbying. In 2014, casino magnate Sheldon Adelson proved that there is a Republican with deep pockets willing to spend big to fight against legalization. In Florida’s midterm election, voters considered an amendment to legalize medical marijuana, and Adelson shelled out at least $5.5 million to defeat the measure. It failed by a 2% margin, just shy of the 60% required to pass.

Meanwhile, legalization advocates have lost stalwart funders like Peter Lewis, the chairman of Progressive Insurance who died in 2013. By one estimate, he had spent $40 on legalization efforts since the 1980s. His allies have been scrambling to fill the funding hole left by Lewis. In Florida, the effort to legalize medical marijuana was largely bankrolled by one man, personal-injury lawyer John Morgan, who was behind about $4 million in funds. He has vowed to try again in 2016, but legalization advocates fighting for reform in other states can’t necessarily count on his support. MPP’s Mason Tvert says that while money is obviously important for their cause, “there’s no one individual who is going to be responsible for passing these measures.”

Two other factors will be key to determining if the above map proves accurate: whether the federal government continues to keep its distance from state experiments with legalization (which remain illegal under federal law), and whether states with existing legal markets encounter any major problems.

In Colorado, for example, parties are gearing up for a political fight over edibles, which have led to children who accidentally ingested them being hospitalized. One of those groups is Smart Colorado, which includes parents concerned about the pace at which marijuana laws have been liberalized. “We’re looking out for public safety and our kids,” founder Gina Carbone told TIME in an earlier interview about edibles regulations, “not just expanding this huge market.” According to the new report, legal weed yielded $2.7 billion in retail and wholesale sales in 2014.

Tvert says there’s also the possibility of an “unexpected event” that could thwart or boost their cause, like an endorsement from a major, mainstream celebrity or a high-profile incident that could set the movement back. “A big part of this is really optics,” he says. 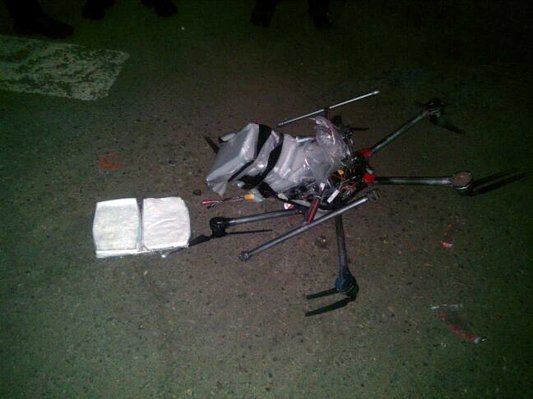 The Drone Drug Trade
Next Up: Editor's Pick