Luxury retailer Saks & Co. has dropped a controversial legal argument they put forward in December: that there’s no federal law prohibiting the company from discriminating against someone for being transgender.

Leyth Jamal, a former employee who identifies as a transgender woman, is suing Saks for discrimination in Texas. She alleges that she was mistreated by the company and ultimately fired because she is transgender. In response, Saks claimed that Title VII, the portion of the Civil Rights Act that prohibits discrimination based on sex, doesn’t cover transgender people.

On Jan. 26, after public criticism and a legal rebuke from the Department of Justice, Saks withdrew the motion. The change was first reported by Buzzfeed. Saks will continue to contest Jamal’s suit, but will now focus on the merits of her specific claims.

MORE Does Saks Have the Right to Fire a Transgender Employee?

Saks’ original position was contrary to recent federal court rulings and the views of the Equal Employment Opportunity Commission and the Department of Justice. In December 2014, Attorney General Eric Holder announced that all lawyers in the department would be taking the position that transgender discrimination is covered as a form of sex discrimination under Title VII.

In the Justice Department’s motion, officials assert a “strong interest” in the outcome of the case. And their response to Saks’ initial argument is summed up concisely: “Not so.” 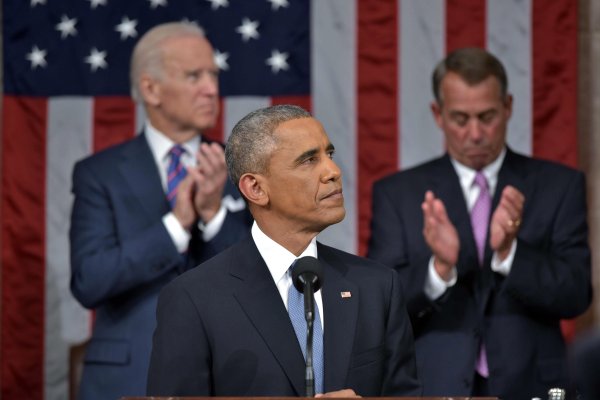 Why It's a Big Deal That Obama Said 'Transgender'
Next Up: Editor's Pick