Health workers of the International Federation of Red Cross (IFRC) and medical charity Doctors Without Borders take part in a pre-deployment training for staff heading to Ebola areas on Oct. 29, 2014 in Geneva.
Fabrice Coffrini—AFP/Getty Images
By Alexandra Sifferlin

The medical aid group Doctors Without Borders, or Médecins Sans Frontières (MSF), says it’s seeing declines in new cases of Ebola in its centers in Guinea, Liberia, and Sierra Leone.

There are just over 50 patients currently in MSF’s Ebola treatment centers across the three countries, the organization announced on Monday.

“This decline is an opportunity to focus efforts on addressing the serious weaknesses that remain in the response,” Brice de la Vingne, MSF director of operations said in a statement. “We are on the right track, but reaching zero cases will be difficult unless significant improvements are made in alerting new cases and tracing those who have been in contact with them.”

There is still work to do on that score; in Guinea and Liberia only half of the new cases are people who are known contacts of people with Ebola. Since just a single case can spur an outbreak, more contact tracing is needed.

In Sierra Leone, incidences of Ebola have dropped to their lowest levels since August, though there are still hot zones like the country’s capital of Freetown. Guinea’s caseloads are also dropping, but more cases are coming from regions that were previously thought to be leveling out. Liberia has experienced some of the greatest drops out of all three countries. MSF says that on Jan. 17, there were no Ebola cases at the organization’s ELWA 3 Ebola management center in the capital city of Monrovia, and currently there are only two patients.

The latest case numbers from the World Health Organization (WHO) show cases have reached 21,724 with 8,641 deaths. 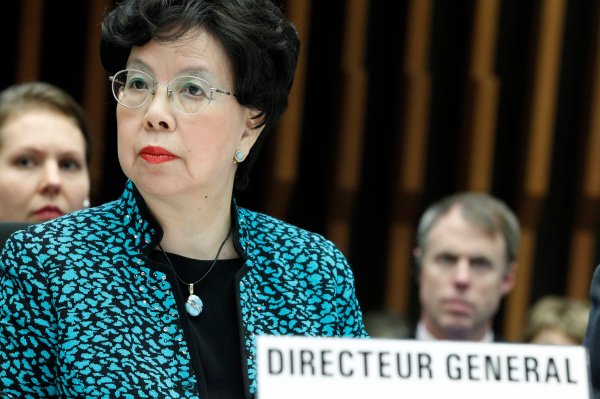 WHO Unveils Reforms After Ebola Failures
Next Up: Editor's Pick