From Left: 'Beauty And The Beast' and 'Harry Potter And The Order Of The Phoenix'
Disney; Warner Brothers
By Eliana Dockterman and Ashley Ross

Emma Watson, best known for playing Hermione Granger in the Harry Potter movies, has been cast in Disney’s live-action version of Beauty and the Beast and thus is stepping into another role as a beloved nerdy girl. Hermione and Belle are probably the two most well-known bookworms in pop culture — and it turns out they have a lot more in common than their mutual love for the written word:

Obviously, the casting directors for Beauty and the Beast wondered, “What other female character spends all her time with her nose in a book?” The best they could come up with was Hermione.

Because Belle and Hermione are both beautiful women who love to read, everyone thinks they’re weird — obviously. Hermione is ostracized by her peers (including her future husband Ron Weasley) in J.K. Rowling’s first Harry Potter book for being a know-it-all, while the townspeople sing about Belle in the opening scene of Beauty and the Beast, “Look there she goes that girl is strange, no question. / Dazed and distracted, can’t you tell?” People are the worst.

While Belle shows her affection for the Beast, a creature who repels most, Hermione is kind to the gentle giant Grawp, half-brother of Hagrid, the Hogwarts gamekeeper. Grawp, however, never turns into a handsome prince.

4. They are humans that enter a magical world

When Belle comes to Beast’s castle, she finds an enchanted world where teacups and candelabras can sing and dance. Hermione is a muggle whose first major introduction to the magic is at Hogwarts where the ceiling can change from night to day and ghosts wander the halls.

5. They both live in castles

The Beast’s home and Hogwarts? They’re both massive, old and awesome magical castles. Emma Watson will feel right at home on the Beauty and the Beast set.

6. They both have major dress moments

Remember when Belle appears at the top of the stairs in a billowing yellow dress before her dance with the Beast? Remember when the exact same thing happens on top of another staircase as Hermione shows up in that gorgeous dress to the Yule Ball? They even have the same hairstyle! Here’s a reminder:

7. They’re friendly to all creatures

Belle defends her beloved horse, while Hermione is always a helper to the house elves (RIP Dobby). She even launched a Society for the Promotion of Elfish Welfare.

8. They both get hit on by terrible men

Gaston, a detestable human being, is relentless as he hits on Belle. Hermione, too, must suffer through the amorous advances of Cormac McLaggen at Potions Professor Slughorn’s holiday party. Both are smart enough, of course, to run away from their loathsome suitors.

9. They love wandering into restricted places

Don’t tell these ladies where they can and cannot go. Belle wanders into the forbidden west wing of the castle even though the Beast warns her not to do so. Hermione passes off an autograph from Professor Gilderoy Lockhart as a note that allows her to enter the restricted section of the library in Hogwarts.

Hermione makes fun of Ron for eating like a slob, just like Belle throws shade at the Beast for eating his oatmeal like, well, a beast.

Read next: How 7 Disney Princesses Could Change the World 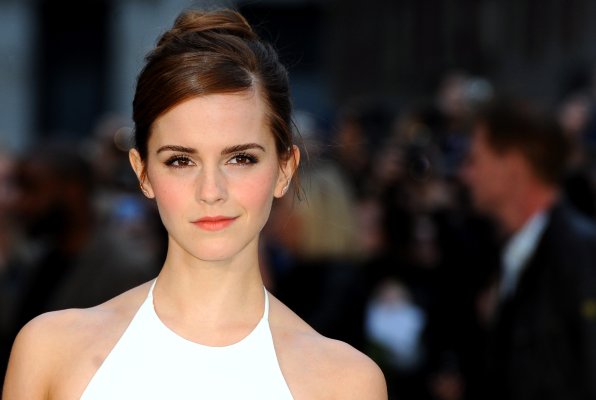 Emma Watson to Play Belle in Beauty and the Beast
Next Up: Editor's Pick