BYU fans cheer during a game against Washington State in 2012 in Provo, Utah.
George Frey—Getty Images
By Denver Nicks

The secret to happiness might just be good, clean living.

Provo-Orem, Utah, ranked number one in the United States for overall wellbeing in a Gallup survey of 189 American cities released Tuesday. In the past, Gallup has also found that Provo is the most religious city in America—religiosity seems to correlate with higher levels of wellbeing in general—and that Utah has the lowest smoking rate among all 50 states. Boulder and Fort Collins, Colo., come in at the number two and three spots, and three of the top ten highest overall wellbeing communities in America are in California.

The place with the lowest level of wellbeing—a composite index of six metrics: life evaluation, emotional health, work environment, physical health, healthy behaviors, and access to basic necessities—is the Ashland-Huntington area, where Ohio, Kentucky and West Virginia meet. The region has seen hard times as its economic fate has declined with the coal industry in recent years. Kentucky and West Virginia are also the two states with the highest smoking rates in the country.

Among metro areas of one million or more in the U.S., the San Francisco Bay and Washington, D.C. areas score highest in Gallup’s well-being index. Perhaps unsurprisingly, residents of these two regions also told Gallup they felt the most confident about the economic prospects of the U.S. in a recent poll. And it’s not just that Americans in D.C. and San Francisco are glass-half-full people—their glasses really are half full, or fuller, as residents of two of the wealthiest population centers in the country. 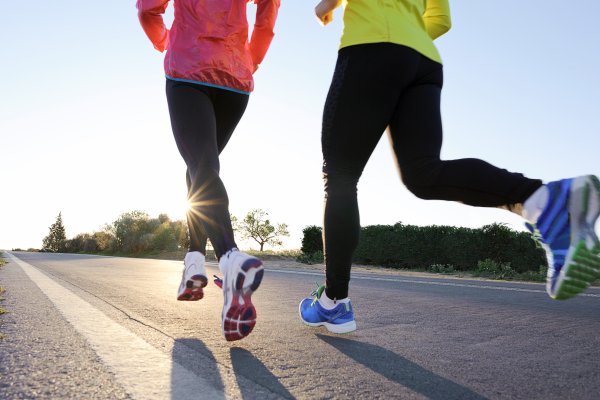 These Are the Cities Where People Exercise the Most
Next Up: Editor's Pick