Why Sapphire Isn't the Future of Smartphones

Apple CEO Tim Cook shows off the new iPhone 6 and the Apple Watch during an Apple special event at the Flint Center for the Performing Arts on September 9, 2014 in Cupertino, California.
Justin Sullivan—Getty Images
By Tim Bajarin

Apple’s long-awaited announcement of its new iPhone 6 and iPhone 6 Plus last fall came with an unexpected twist: Contrary to rumors, the company opted not to use an ultra-strong glass called sapphire for the devices’ screens. That was startling because Apple was involved in a major deal with sapphire company GT Advanced, ostensibly to provide the material for Apple’s newest phones.

After Apple announced its sans-sapphire iPhones, it was revealed that GT Advanced couldn’t deliver the amount of the material Apple required on time because of production issues. In a column I wrote last fall, I said Apple never planned to put sapphire screens in the iPhone 6 regardless of GT Advanced’s problems. However, it turns out that Apple did in fact enter into the GT Advanced deal wanting to use sapphire screens in its new iPhones, but by late 2013, the company realized that issues at GT Advanced meant that just wasn’t going to happen. Apple changed direction at the beginning of 2014, when it began working with Corning to deliver its newest version of Gorilla Glass for use on the iPhone 6.

Not long after the iPhone 6 was announced, the relationship between Apple and GT Advanced imploded, with the latter filing for bankruptcy. As of today, there’s no indication Apple is still seeking sapphire screens for any new iPhones — but its patent filings mean it’s impossible to rule out this possibility.

But there are other reasons sapphire won’t see the light of day in smartphones. First, it’s incredibly difficult to make sapphire screens in serious quantities at a cost that would make them feasible for even top-of-the-line smartphones. Also, the smartphone market’s trend toward bigger screens is making sapphire even more expensive to produce and buy.

I recently recorded a podcast with two professors of material sciences that helped me gain a better understanding about the costs and difficulty involved with creating sapphire screens in volume. Joining me in this discussion were Richard Lehman, a professor and chair of Rutgers University’s Advanced Polymer Center, and Dr. Helen Chan, chair of Lehigh University’s Department of Materials Science.

You can listen above, but here are some of the key points we discussed:

Although the podcast and the video explore the possibility of using sapphire as a screen material for smartphones, they reinforce the idea that the long-term prospects of sapphire screens on smartphones just aren’t viable. Given the additional costs to make a sapphire screen and the increasing strength of more traditional glass, anyone pursuing sapphire for use on smartphone screens would be up against some pretty formidable challenges. For sapphire to be the future, we’d need to see a major breakthrough in its manufacturing process — and from what I can tell, that just won’t happen in the near future. 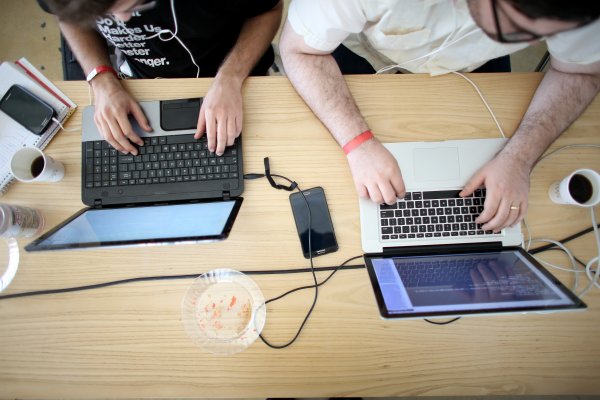 This Will Be the Most Disruptive Technology Over the Next 5 Years
Next Up: Editor's Pick