In her career, which began in the 1950s, the 82-year-old Reynolds has been nominated for one Oscar, five Golden Globes and one Emmy. Her big break came when she starred alongside Gene Kelly in the 1952 classic Singin’ in the Rain, says People.

“God gave us talent, so we’re very fortunate,” she said. “My favorite movie was The Unsinkable Molly Brown … In that film, I got to sing a wonderful song called ‘I Ain’t Down Yet.’ Well, I ain’t. Thank you all so much for this wonderful award.”

Reynold’s award was presented by her daughter, Carrie Fisher, famous for her iconic portrayal of Princess Leia in Star Wars.

The SAG gives the award every year to an actor or actress who represents the “finest ideals of the acting profession.” Last year’s SAG Lifetime Achievement Award was given to Rita Moreno, who also played a part in Singin’ in the Rain. 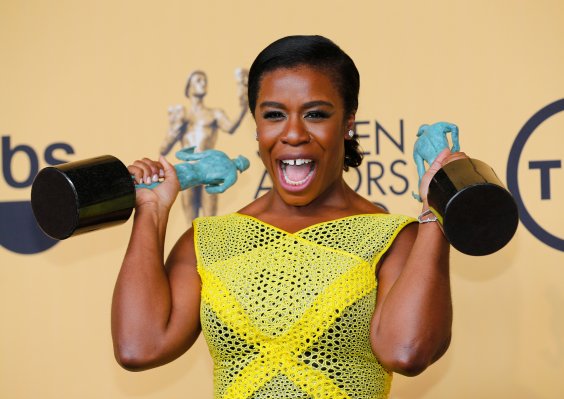 See All the Screen Actors Guild Awards Winners
Next Up: Editor's Pick