Balloons Replace Doves as the Vatican Symbol of Peace

Colored balloons released by children fly next to a statue at the end of the noon Angelus prayer recited by Pope Francis in St. Peter's Square at the Vatican, Jan. 25, 2015.
Greogrio Borgia—AP
By Justin Worland

Children visiting the Vatican released balloons instead of doves Sunday in a ritual that serves as a gesture of peace.

The change follows an incident last year when doves released together by children and Pope Francis were attacked by two other birds, a crow and a seagull, the Associated Press reports. The episode created unwanted attention for the Pope, who is named for animal lover Francis of Assisi. 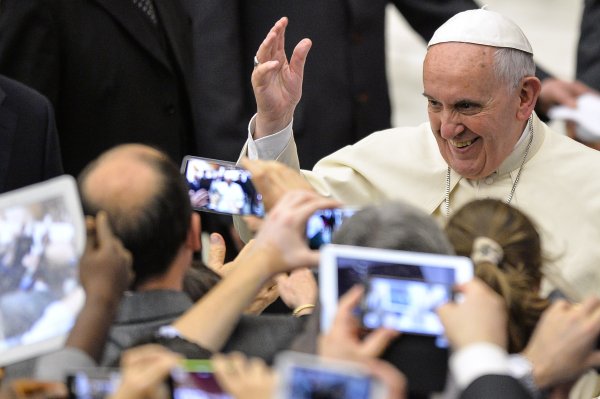 Pope Says Families Should Put Down Their Phones
Next Up: Editor's Pick