Scott Walker isn’t the first choice for president of most Republicans, but he’s banking he can win the White House by being their second.

The Wisconsin governor arrived at the Iowa Freedom Summit, a conservative cattle call organized by Rep. Steve King Saturday, set to be overshadowed by stem-winder speech-givers like Donald Trump, Ben Carson, and Mike Huckabee. Instead he proved why he will be a player in the Iowa caucuses and the coming nominating fight with a stem-winder of his own, highlighting his ability to appeal to all corners of a fractured party.

Coming off a 2012 cycle fueled by flavor-of-the-moment front-runners, Walker is preparing to run a slow-and-steady campaign, hoping that Republicans dissatisfied with one or another of the front-runners will slowly move his way.

“We’ll leave the ‘shock and awe’ to other people,” said an adviser. “This is about going the distance.”

The populist son of a preacher, Walker is betting that Republicans will find Jeb Bush too moderate; Chris Christie’s style off-putting; and Huckabee, Rand Paul and Ted Cruz too far from the party’s mainstream. In Iowa, he smoothly combined the social and economic conservative messages that could attract both camps into a passionate 20-minute speech touching on everything from gun rights to education reform.

Walker highlighted his the massive protests in his state over his efforts to weaken the state’s public sector unions that resulted in a 2012 recall election to cast himself as a fighter for conservative principles.

“Someone sent a letter saying they would gut my wife like a deer,” Walker said, eliciting a smattering of gasps, and thanked Iowans for their support and prayers as he won his third election in four years last November.

He also took jabs at Christie and Bush. “Our property taxes are lower today than they were four years ago, how many governors can say that,” he said, as he trumpeted his state’s fully-funded retirement accounts, both sore points for Christie. He highlighted his efforts to tackle teacher tenure rules, allowing the state to remove poor-performing teachers, while calling for local control of schools in a reference to the unpopular Bush-backed Common Core standards.

“In every fight for conservative principles Gov. Scott Walker has stood firm,” said David Bossie, president of the conservative group Citizens United in an impassioned introduction. “This country is a better place because Scott Walker answered the call to lead.”

A week before, Walker was in Coronado, Calif., to make his case before the Republican Party elite, but his potential appeal on the stump was more apparent in Iowa, as he paced the stage in shirtsleeves telling stories about his frugality shopping at Kohl’s.

“Scott Walker’s a guy you want to have a beer with — a Miller Lite,” RNC Chairman Reince Priebus said of Walker last week.

Walker won’t formally announce a bid until he passes his budget in Milwaukee around June, but he is hiring staff and embarking this week on a cross-country fundraising swing for his soon-to-be-announced political organization. He announced a trip to New Hampshire next month and is planning a South Carolina swing for the weeks after. From Iowa, he will attend the Koch Brother’s summit on Sunday in Palm Springs, bringing together top-dollar donors and business leaders.

Iowa Gov. Terry Branstad called Walker “a proven vote-getter,” and highlighted his ties to the state, where he went to school until the third grade. 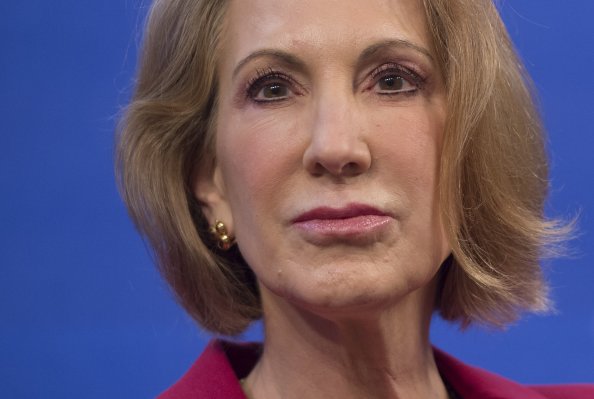 Fiorina Makes Her Case to Be Chief Hillary Critic
Next Up: Editor's Pick