Bill and Melinda Gates at the World Economic Forum in Davos, Switzerland on Jan. 23, 2015.
Ruben Sprich—Reuters
By Matt Vella

Philanthropist and Microsoft founder Bill Gates believes an HIV vaccine, as well as new intensive drugs to combat the disease, will be available by 2030. That would significantly impact the global struggle against the virus which has claimed the lives of millions over the past 30 years.

Speaking the World Economic Forum in Davos, the billionaire founder of the Bill & Melinda Gates Foundation said the two “miracles” were within reach. “We’re pretty optimistic in this 15-year period we will get those two new tools,” he said. The Gates Foundation, founded fifteen years ago, spends tens of millions of dollars on medical research.

A vaccine is seen as pivotal in preventing new infections, while drug treatments would do away with the need for life-long treatment, he added. 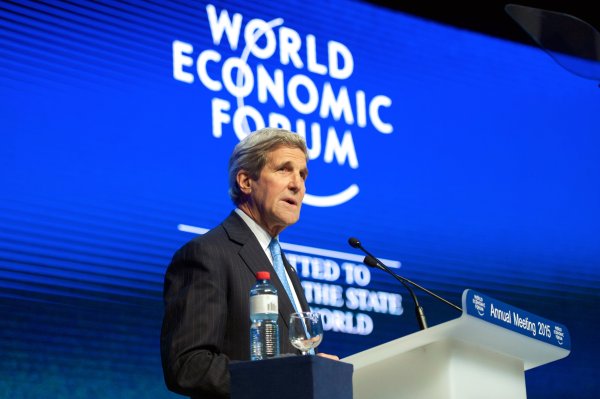 Kerry and Hollande Call for Intensified Fight Against Terrorism
Next Up: Editor's Pick