Deflategate Is Yet Another Bogus Scandal

Tom Brady of the New England Patriots throws a touchdown pass against the Indianapolis Colts during the 2015 AFC Championship Game on Jan. 18, 2015 in Foxboro, Mass.
Jim Rogash—Getty Images
By Jack Dickey

Last year, as noted by Slate but also by most everyone with antennae for such things, was a year characterized by outrage. Some of it registered to these eyes as earnest, some of it not so much—but 2014 may as well have been characterized by the absence of reliable, responsible arbitrators. Whether out of academia-drilled rigid lefty deference, or out of mere laziness, the b.s.-spotters took a holiday. This is why the year felt like one extended apology tour for Lena Dunham, this is why a software company with a market cap of $36 billion went on Twitter to announce that it stood against bullying. Crazy times, October.

To judge by the first month of 2015, and especially by our most treasured cultural institution—the NFL playoffs—this year is shaping up to be similarly brutal. The story, for those lucky enough to have missed it: The New England Patriots used under-inflated footballs for the first half of their 45-7 semifinal triumph over the Indianapolis Colts on Sunday. “Deflategate” or “Ballghazi.” The NFL has firm standards for how inflated each ball should be, but the balls are returned to each team after a referee’s pre-game inspection. Each offense has its own balls, yes, due to the league’s foolish but by now unsurprising insistence on putting confounding vagaries in its rulebook. ESPN talked up proper PSI so much in the ensuing days you’d think the network had a deal with Pep Boys. The Patriots’ principals, Bill Belichick and Tom Brady, told assembled media members in amusing Thursday press conferences that they had no idea how such a thing happened. (Brady has, naturally, previously expressed a fondness for under-inflated balls—so it happened, probably, with a ball boy’s needle.) “Balls” was uttered so often that any 13-year-old would have broken down giggling. The serious middle-aged NFL media members, though, needed no help containing themselves.

It should be stated plainly: This is not, at least in terms of competitive balance, a big deal. It’s like getting caught with your hand in the cookie jar. But the popular uproar has been louder. At the heart of the sentiment against the Patriots—significant enough, by the way, that the league has retained the same investigative horsepower it deployed on the genuinely odious Miami Dolphins bullying scandal—is the notion that deflating the balls constituted some sort of more grievous sin against fair play.

Who could possibly believe this? Everyone lets a little air out of the pigskin, as former quarterback Matt Leinart has said. Deflated balls are easier to grip and catch; they give the offense an advantage, just like rub routes or hasty substitution patterns. No one could claim these evasions (equally deliberate, equally practiced) merit suspension. It’s gamesmanship, nothing more, and there ought to be an in-game penalty for it, if the referee susses out a slightly shriveled one.

Yet grievances full of chirping and false equivalencies have owned the week. Richard Sherman wants to know why the league won’t suspend Brady or Belichick. Former quarterback Mark Brunell nearly broke down on ESPN. A reporter even suggested Brady had done wrong by Uggs, his sponsor.

It’s thrilling and fun to watch the tarring of an evil empire—Belichick and Brady have been so good and so ruthless for so long—but it’s toxic when it happens like this. What do the chattering classes want? Should the NFL conduct yet another dawdling investigation to exonerate and venerate itself, when its own bad governance is to blame? Sounds like that’s the plan. All the while, we’re stripped slowly of our sense of proportion. I’ve seen the needle and the damage done, a little part of it in everyone. 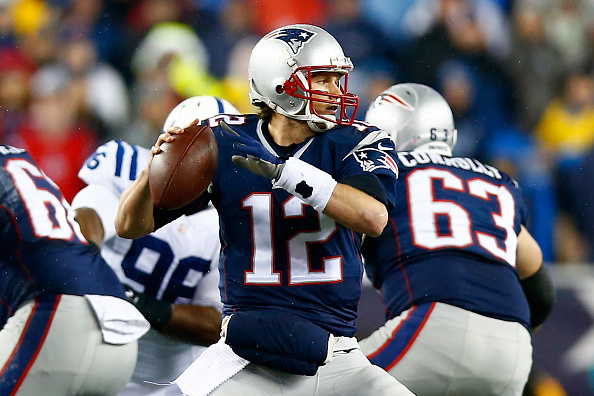