The parent company of in-flight shopping catalog SkyMall has filed for Chapter 11 bankruptcy, citing an increased prevalence of mobile devices on planes as the primary reason for the company’s flagging sales.

Xhibit Corp. and several of its affiliates, including SkyMall, have asked a U.S. Bankruptcy Court in Phoenix to supervise a sale of their collective assets, the company announced on Friday. “We are extremely disappointed in this result and are hopeful that SkyMall and the iconic ‘SkyMall’ brand find a home to continue to operate as SkyMall has for the last 25 years,” said Scott Wiley, Xhibit’s chief financial officer and acting CEO.

“With the increased use of electronic devices on planes, fewer people browsed the SkyMall in-flight catalog,” Wiley said in a bankruptcy filing.

The SkyMall catalog has long been an option for bored or curious flight passengers who could peruse its pages to find myriad products for purchase — from clothing and electronics to more non-essential fare such as glow-in-the-dark toilet seats or Justin Bieber Dental Floss. SkyMall’s widely diverse offerings cemented the catalog’s place in popular culture, inspiring parodies as well as blogs and listicles dedicated to its more perplexing products (a lithograph simply titled “Drunk Cat”?).

In recent years, though, SkyMall fell victim to declining sales as revenue dropped from $33.7 million in 2013 to just $15.8 million for the first nine months of 2014. In a court filing, Wiley blamed the fall-off in sales on the fact that more and more passengers now spend their flights engaged with their smartphones and tablets due to technological advances, such as in-flight WiFi, as well as evolving air safety rules that provide allow passengers to keep their mobile devices on during flights. Those changes “resulted in additional competition from e-commerce retailers and additional competition for the attention of passengers, all of which further negatively impacted SkyMall’s catalog sales,” Wiley said in a filing. “These technology changes, and the costs incurred by airlines in carrying a printed SkyMall catalog, have also made the traditional in-flight SkyMall catalog increasingly unattractive to the airlines.”

Xhibit asked in a bankruptcy court filing that the asset sale be completed by April at the latest and noted that “an expeditious sale process is very important.” The company said SkyMall’s cash reserves can support business operations through that target date, but noted that it is “critical” that the process wind down within the next few months. 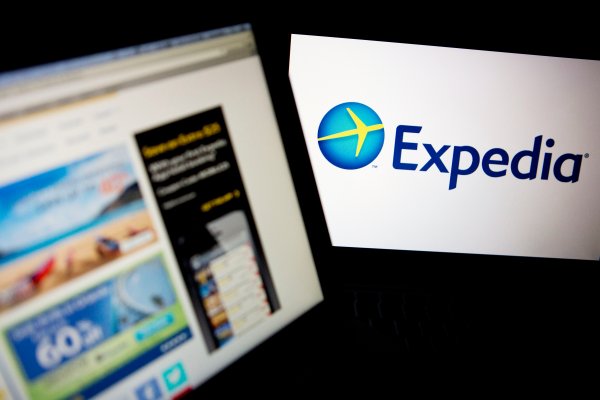 Expedia Snaps Up Travelocity for $280 Million
Next Up: Editor's Pick