Never noticed that before: Welcome to the conversation, Senators
Image Source RF/Ditto; Getty
Ideas
By Jeffrey Kluger
Jeffrey Kluger is Editor at Large for TIME magazine and the author of ten books, including Apollo 13, Apollo 8 and two novels for young adults. He has written more than 40 cover stories for TIME on topics ranging from space to human behavior to climate to medicine. Along with others at TIME, Kluger is an Emmy nominee for the web series A Year in Space.

Surely by now you’ve heard the big news: On Wednesday, the U.S. Senate—The World’s Greatest Deliberative Body Except For the Fact That it Never Really Deliberates Anything—passed a landmark resolution declaring that “climate change is real and is not a hoax.” The proposal passed by a nail-bitingly close vote of 98-1. Only Mississippi’s Roger Wicker, who heads the Senate Republicans’ campaign arm, voted no.

The landslide victory thrilled the green community, especially since it included such anti-science paleoliths as Oklahoma’s James Inhofe and Florida’s Marco (“I’m not a scientist, man”) Rubio. But let’s not get carried away. For one thing, voting to acknowledge a fact that virtually every other sentient human on the planet long ago accepted is a little like passing a bill that declares, “Gravity is real” or “Fire make man hurt.” Not exactly groundbreaking.

What’s more, there was only so far the newly enlightened GOP was willing to go. Votes on two other measures—one that declared “climate change is real and human activity contributes significantly to climate change,” and one that made essentially the same point but without the word “significantly”—were blocked by Republican maneuvering. What’s more, the weak tea version of the resolution that did pass—sponsored by Rhode Island Democrat Sheldon Whitehouse—made it through only because it was a rider to the Keystone XL pipeline legislation. At this point, Republicans would likely approve a Puppies For Lunch rider if it would get Keystone passed.

The Natural Resources Defense Council, among the greenest of the greenies, responded to the GOP’s grudging concession with something less than unalloyed enthusiasm. “From Know-Nothingism to Do-Nothingism in the U.S. Senate,” it declared in a news release. And indeed, the 98 brave men and women who stepped forward to go on record with a statement of the patently obvious have given absolutely no indication that they are actually prepared to do anything about that obvious thing.

The GOP’s big wins in November certainly don’t make them more inclined to yield on what has become a central pillar of party dogma. But if science—to say nothing of the health of the planet—can’t move them, they should at least consider the unsavory company their fringe position is increasingly causing them to keep. Writing in The New York Times, Paul Krugman addressed climate deniers, supply-siders and foes of the Affordable Care Act as one counterfactual whole—people who are fixed in their positions no matter what the objective evidence shows. That may or may not be too wide a net to cast, but Krugman is right on one score:

Krugman offers any number of explanations for this, with which reasonable people can agree or disagree, but his larger point—of an ideological cohort animated by rage as much as anything else—certainly feels right. I see it regularly in that least scientific but most pointed place of all, my Twitter feed. I’ve crossed swords with the anti-vaccine crowd more than once, and while some of them have found a way to be savagely nasty in the 140 characters they’re allowed, most of the anger is civil. They’re fretful and, I believe, foolish to have been duped by anti-scientific rubbish, but they’re at least fit for inclusion in the public square.

Not so the climate-deniers, who hurl spluttery insults, fill their feeds with the usual swill about President Barack Obama’s suspicious birthplace and the conspiratorial doings across the border in Mexico, and link to risible idiocy about how the global warming “conspiracy” is a “ploy to make us poorer,” whose real purpose is “to redistribute wealth from the first world to the third, an explicit goal of UN climate policy.”

Yes. Of course. Because it’s harder to believe in science than it is to believe that there’s a four-decade plot afoot that virtually every country in the world has signed onto, dragging virtually every scientist in the world along with them—none of whom have ever had a crisis of conscience or spilled the beans in a bar or simply decided to sell the whole sordid story to the press—and that only a rump faction in the U.S. knows the truth. Makes perfect sense.

If the Senate, even reluctantly, has made the tiniest baby step toward rational thought, that’s undeniably a good thing. “It starts by admitting you have a problem, just like many other areas of human life,” Whitehouse told The Hill. Outside the Senate chamber, however, in the country that is second only to coal-soiled China in CO2 emissions, the ugly, vein-in-the-temple anger remains. The GOP can continue to make common cause with this nasty crowd or, if it chooses, can finally, clear-headedly rejoin the ranks of reason. 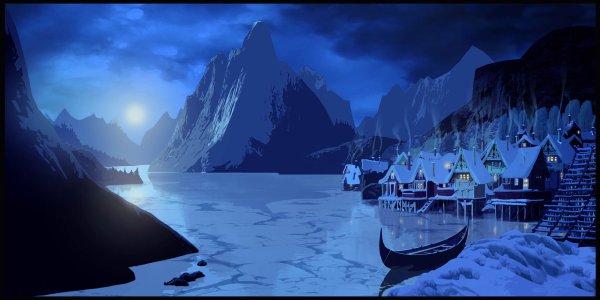 Official Wants Frozen to Teach Kids About Climate Change
Next Up: Editor's Pick