The death of the Saudi king does not portend major policy shifts, on oil pricing or on Saudi foreign policy. That policy was the product of an elite (or at least royal family) consensus, which will continue.

The question is whether the last year or two of drift, as King Abdullah grew ill, will now be replaced with strong Saudi leadership. Abdullah was widely respected at home and abroad, in part for his intelligence and in part for his piety. Whatever complaints were lodged against profligate Saudi royals did not apply to him, for his personal faith was very clear. He was in his way also a reformer, for example establishing the Kingdom’s first coed university, the King Abdullah University of Science and Technology. For decades, he and President Mubarak of Egypt were the two most powerful Arab leaders and key western allies. Mubarak fell in 2011, and Abdullah’s health began to fade soon after. The Arab world has lacked responsible leadership recently, although the Emiratis have tried to fill the breach.

What remains to be seen is whether King Salman can now return the kingdom to its accustomed role, or is himself too old. He too has been widely respected, for his decades as governor of Riyadh and his role as family disciplinarian. But he will now have to contend with two major challenges. First, the region is unstable. Iranian power is rising, American power is seen as declining, there is war in Syria and Iraq, and now Yemen is in unfriendly hands. ISIS and Al Qaeda are direct threats to the Royal family. Second, Salman will face internal rivalries in the Royal family itself. The sons of the late king Abdullah will seek to retain some of the influence they have gained in the last few years, but King Salman’s sons will try to wrest it from them. Crown Prince Muqrin is the youngest member of his generation and after him power must pass to the next generation. But to whom? Which clique, which group of full brothers, will take over? Salman, like most of the recent crown princes and kings, is one of the “Sudairi Seven,” seven full brothers of the founder, King Abd-Al Aziz, and the same mother. Abdullah was not; Muqrin is not. The push and pull between the Sudairis in this generation and the next, and all other grandsons of the founder, may be hidden from our view but is likely to be fierce.

So far the succession is smooth. It will look that way for months at least, and Saudi foreign and oil policy will appear little changed if changed at all. But behind the scenes, there may be powerful tensions pulling the Royal family apart. 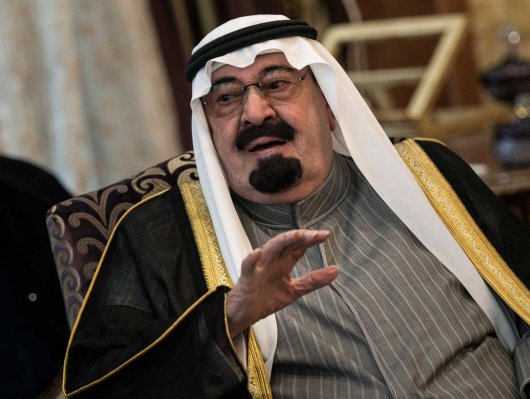 King Abdullah Wanted To Advance the Kingdom Into the Global Age
Next Up: Editor's Pick