Former Saved by the Bell star Dustin Diamond pleaded not guilty Thursday to allegedly stabbing a man at a bar in Port Washington, Wisconsin, according to his attorney, Thomas Alberti.

Diamond, 37, who’s best known for playing nerdy Samuel “Screech” Powers in the early 1990s sitcom, was charged with second-degree recklessly endangering safety, disorderly conduct and carrying a concealed weapon after he admitted he was armed with a knife during a fight at the Grand Avenue Saloon on Dec. 25.

“I’m feeling very positive about the outcome [of the trial],” Alberti tells PEOPLE. “The deeper we dig the more confident we feel about the outcome. The police and the prosecutor provided us with video and witness reports and everything we see completely supports what we said all along happened so we feel very good about it.”

Diamond told police the bar fight started after he refused to shake hands with a woman who was bumping into his 27-year-old fiancée. The couple was arrested a short time after they left the bar.

His fiancée, Amanda Schutz, was charged with disorderly conduct and released, according to CNN.

Alberti says Diamond is taking everything in stride. “They moved to Wisconsin because they wanted to have a family,” he says. “They felt Wisconsin would be somewhere they wouldn’t have to deal with their notoriety. They decided at Christmas to go out and then this all happened.” 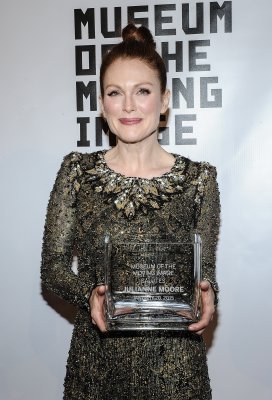 Watch: Julianne Moore's Secret to Good Skin Is... Sunscreen?
Next Up: Editor's Pick