In this image released by the Federal Bureau of Investigation (FBI) on April 19, 2013, Dzhokhar Tsarnaev, 19-years-old, a suspect in the Boston Marathon bombing is seen.
Handout—Getty Images
By Eliana Dockterman

Finding impartial jurors in the case of alleged bomber Dzhokhar Tsarnaev is proving harder than expected, a federal court in Boston announced Thursday, and the trial that was set to begin next week will be delayed.

Judge George A. O’Toole, Jr. had scheduled opening statements to start on Monday but decided that date was now “unrealistic” given how many jurors had to be dismissed since the voir dire process began Jan. 15, the Los Angeles Times reports. Some said they were already convinced Tsarnaev was guilty, while others stated they could never agree with the death penalty.

Tsarnaev’s lawyers have argued that it will be impossible to find a fair jury in the Boston area, which was reeling after the deadly attack at the Boston Marathon finish line in April 2013. On Thursday, they requested for a third time that the judge move the trial, as 68% of the 1,373,-member jury pool admitted to already thinking of Tsarnaev as guilty.

“I am set in my ways and this kid is GUILTY,” the defense team said one person wrote on the secretive questionnaires. “Quit wasting everybody’s time with a jury and string him up,” said another. And a third wrote: “Make sure he gets what he deserves.”

Last week, the lawyers also asked for a trial delay until the publicity surrounding the recent terrorist attacks in Paris calmed down. O’Toole has repeatedly denied requests that the trial be delayed and moved out of Boston. 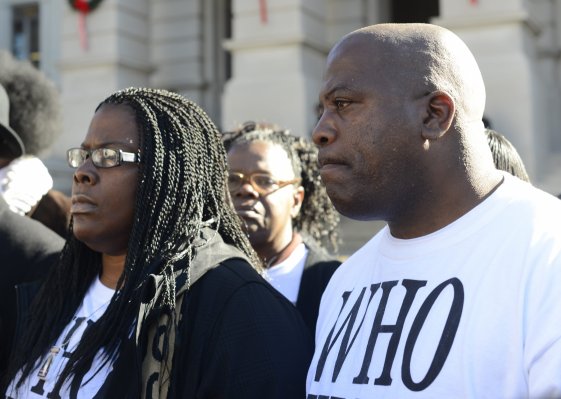