Pretty much everyone knows that Thomas Edison invented the phonograph and the light bulb, but Edison, one of history’s most prolific creators, didn’t stop there. As this exclusive clip from PBS’ upcoming American Experience documentary Edison explains, he helped develop the technology behind the very first motion pictures — and it wasn’t an easy discovery.

Eventually, the Edison company produced a run of short films for the “kinetoscope,” an early device that allowed the public to watch the precursors of movies. Several of those seconds-long films can be seen in the video above. Though they pale in comparison to the computer-enhanced movies at your local IMAX theater, it’s not hard to imagine how they would have shocked and delighted the viewers of the 19th century. 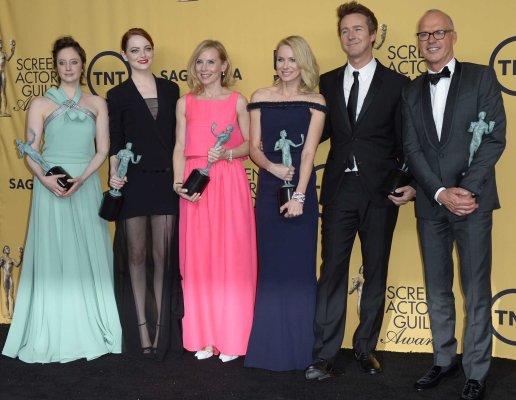 Birdman Flies Ahead in Oscar Race
Next Up: Editor's Pick