The 5 U.S. Cities Bouncing Back Strongest From the Recession

U.S. cities in the South and West are more likely to have recovered from the recession while metropolitan areas in the Midwest and Northeast have largely struggled, according to a new report.

The Brookings Institution report finds that Austin, Houston and Raleigh, N.C., have outpaced other U.S. cities in terms of GDP growth per capita and rising employment since 2007, with Fresno, Calif., and Dallas rounding out the top five.

The report, released Thursday, tracks how cities around the world have fared since the recession. Globally, the main metropolitan drivers are found in developing countries, especially China and Turkey.

In the U.S., the cities with the strongest GDP growth and employment levels since the Great Recession are generally found in the south and west, largely due to the growth of the energy sector.

“Those places are the epicenter of what has been the shale energy boom that’s been occurring in the U.S.,” says Joseph Parilla, a Brookings research analyst and lead author of the Global MetroMonitor report.

(MORE: The Rise of Suburban Poverty in America)

Cities in Texas and Oklahoma have especially benefited from the expanded production in oil and gas thanks to an increase in fracking, a process that extracts natural gas from shale.

The cities that have seen the least progress are largely clustered in the Midwest and Northeast in areas that are historically industrial and manufacturing hubs. Most of those cities—like Kansas City, Mo., Allentown, Pa., and Dayton, Ohio—have only partially recovered or not recovered at all, according to Brookings.

As the U.S. continues to see good economic numbers, many of which were touted by President Obama in his State of the Union address on Tuesday, most cities are still struggling to rebound from the recession. More than half of U.S. metropolitan areas either have not recovered from 2007 GDP per capita levels or have not fully seen a rebound in employment. 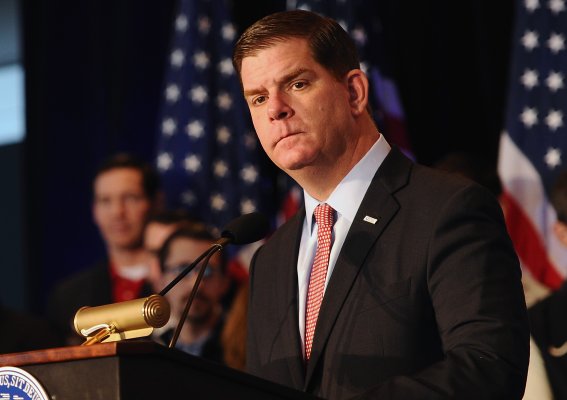 Boston Employees Aren't Allowed to Badmouth the Olympics
Next Up: Editor's Pick