It was 70 years ago next week, on Jan. 27, 1945, that the Nazi concentration camp at Auschwitz was liberated. That day is now marked as Holocaust Memorial Day, with observations dedicated to preserving the memory of what happened there, and elsewhere, during World War II.

But one way of preserving that memory was, for decades, mostly lost.

When Auschwitz and several other camps, like Bergen-Belsen, were liberated, the British army sent along a film unit. Under the aegis of Sidney Bernstein, and with the help of supervising director Alfred Hitchcock, the grisly and shocking footage was meant for a documentary called German Concentration Camps Factual Survey. However, as the war came to a close, the governments that had once supported exposing German crimes had a new interest in reconciliation. So plans for the film were scrapped, and most of the footage was archived at Britain’s Imperial War Museum until the 1980s.

A new documentary, Night Will Fall, tells the story of how the footage came to be, and what happened to it. In the exclusive clip above, some of that footage is shown and Branko Lustig — an award-winning film producer who was in Auschwitz and Bergen-Belsen as a child — describes what it was like to be there. Though the clip shows mostly recovering patients after the liberation, Night Will Fall also includes terrifying and uncensored video from the camps, images that, as is appropriate for Holocaust Memorial Day, no viewer is likely to be able to forget.

The new HBO documentary film, Night Will Fall, will debut Jan. 26 on HBO, with an encore on HBO2 the following day. 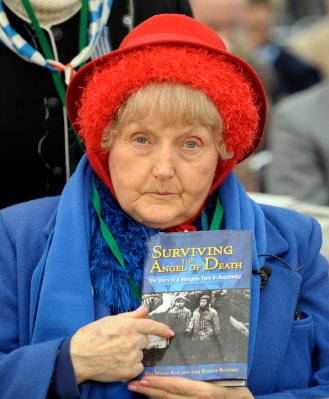