Debbie Ziegler, the mother of Brittany Maynard, speaks in support of proposed legislation allowing doctors to prescribe life-ending medication to terminally ill patients during a news conference at the Capitol, Jan. 21, 2015, in Sacramento, Calif.
Rich Pedroncelli—AP
By Josh Sanburn

After Brittany Maynard was diagnosed with terminal brain cancer last year, she decided to move from California, where she was born and raised, to Oregon. She chose it because Oregon was one of just five states in the nation that allowed Maynard to obtain medication to end her own life.

Since Maynard’s death in November, four states and Washington, D.C., have introduced so-called right-to-die legislation, including the one she chose to leave.

“The fact that Brittany Maynard was a Californian suffering from an incurable, irreversible illness who then had to leave the state to ease her suffering was simply appalling, simply unacceptable,” says California Senator Lois Wolk, who along with Senator Bill Monning, both Democrats, have co-authored a bill giving terminally ill patients with six months to live the ability to obtain life-ending medication.

The bill, which would require two independent physicians to determine that patients are mentally competent to make an end-of-life decision, is largely modeled after Oregon’s 1997 Death With Dignity law, which was the first state measure to allow terminal patients to end their lives. That law has become a template for other states considering similar legislation. According to the Oregon Public Health Division, 1,173 people have had end-of-life medication prescribed to them as of 2013; 752 have actually chosen to ingest it.

Only two other states have passed right-to-die legislation — Washington and Vermont — while judges in New Mexico and Montana have effectively legalized it by saying there is nothing barring doctors from prescribing life-ending medication.

For years, the so-called right-to-die movement was most associated with Jack Kevorkian, the Michigan physician known as Dr. Death for participating in dozens of physician-assisted suicides, one of which led to a conviction of second-degree murder. Maynard offered a far more sympathetic face for the movement. A 29-year-old newlywed who was diagnosed with brain cancer on Jan. 1, 2014, Maynard used her story to advocate for so-called death-with-dignity laws while publicly discussing her symptoms and plans for her last few weeks. She died Nov. 1 after taking doctor-prescribed barbiturates.

Since then, legislators from 14 states have either introduced or pledged to put forward right-to-die bills, according to Compassion & Choices, a national organization advocating death with dignity. The group says it conducted surveys showing that two-thirds of Californians support end-of-life legislation.

“The case of Brittany Maynard has brought this into focus for many Californians,” Monning says. “There’s a changed public attitude and increased awareness, and we think the time is right for California.”

(MORE: Death Is Not Only for the Dying)

Wolk acknowledges that actually getting the bill passed, however, will be a “heavy lift.” The measure could find support among some Democrats and libertarian-leaning conservatives, who often favor letting individuals make their own end-of-life decisions. But resistance will be strong from social conservatives in both parties. The Catholic Church, in particular, has long led the fight against similar measures around the nation. The church has already hired a lobbying firm from Sacramento to fight the bill, according to the Los Angeles Times. The American Medical Association, which believes that doctors shouldn’t be involved in life-ending treatment, could provide another obstacle.

Wolk expects the bill will make it out of committee and reach the Senate floor, but will have a tough time passing both houses of the legislature. It’s also unclear whether Governor Jerry Brown would sign it if it reached his desk. The onetime Jesuit seminarian has not publicly addressed the issue, according to the San Jose Mercury News. During his first stint as governor in 1976, Brown signed a law that gave terminally ill patients the right to end life-sustaining treatment if their death was imminent, the first of its kind in the nation

If the bill doesn’t pass, however, the issue will likely make its way directly to California voters. Compassion & Choices is already laying the groundwork to get it on the 2016 ballot as a referendum.

Correction: The original version of this story misstated the number of states that have introduced legislation since Maynard’s death. Four states have introduced end-of-life bills, including Washington, D.C. 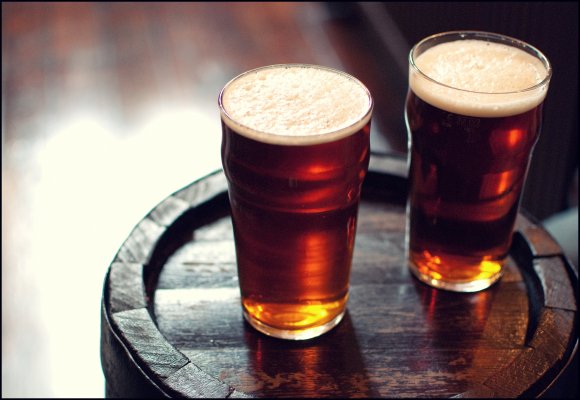 Nebraska Bill Would Abolish Closing Time for Bars
Next Up: Editor's Pick