EBay plans to cut 2,400 jobs and unload its business unit that helps retailers manage their online shopping operations. The news came as eBay made peace with investor activist Carl Icahn by naming one of his allies as a board member. Here are the key points about the shakeup Wednesday and the company’s fourth-quarter earnings.

What you need to know: EBay confirmed reports from last month that it would eliminate thousands of jobs by saying it would slash its workforce by 2,400 positions, or 7%. The restructuring comes ahead of the company’s pending spin-off of online payments service PayPal into a separate, publicly-traded company.

Additionally, eBay said it may also part ways with its Enterprise unit, which works with online and brick-and-mortar retailers. The company said it may sell the business or hold an initial public offering after determining that it does little to lift sales in its core online marketplace. The decision is a major u-turn for eBay, which had previously invested heavily in enterprise, most notably by paying $2.7 billion four years ago for GSI Commerce, which fulfills orders for retail partners.

Meanwhile, eBay also patched things up with Icahn, the company’s largest shareholder and a thorn in its side by giving his ally, Jonathan Christodoro, a board seat. The two sides have reached “a standstill agreement” that also calls for PayPal to adopt certain corporate governance provisions post spin-off.

The big number: News of the job cuts, potential sale of the Enterprise unit s and strong quarterly financial numbers sent eBay’s shares up about 2.5% in after-hours trading.

What you might have missed: EBay’s payments unit — which is mostly PayPal — continued to show the most growth of any of the company’s segments. The payments unit generated $2.2 billion in revenue in the fourth quarter, representing an 18% gain year-over-year, while full-year revenue increased 19%, to $7.9 billion.

CEO John Donahoe, who is due a big payday when he leaves the company after the planned spin-off, called 2014 “a year of unexpected events and distractions” in a statement. He also bragged about PayPal’s results while promising better things for both that unit and what will remain of eBay. “EBay, while facing challenges, continues to be a great business and is focused on stabilizing performance and engaging its core customers,” he said. 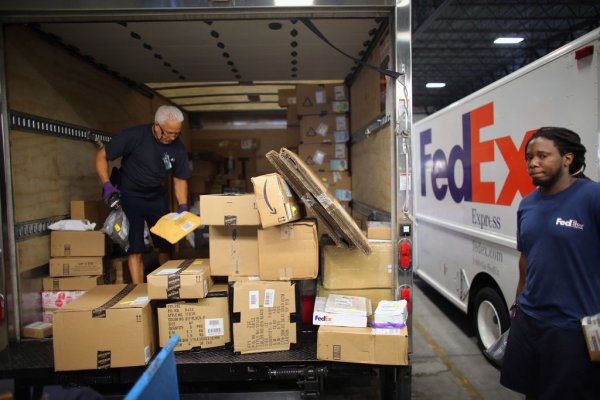