Venezuela’s economy is in tatters. Annual inflation is running at more than 60%. On the black market, the local currency has lost 65% of its value against the U.S. dollar in the past year. Foreign reserves have fallen around 30% in the past two years. Shortages, due in large part to importers’ struggle to obtain hard currency, have led to ubiquitous lines for everyday goods. “This government is filth,” says Antonia Rodríguez, a 60-year-old lab assistant, waiting in line for milk outside a Caracas supermarket on a recent Sunday morning. “There’s no food! If Chávez were alive, this wouldn’t be happening.”

Former President Hugo Chávez lubricated his socialist revolution with hard cash from Venezuela’s oil reserves, the world’s largest. Some 96% of the country’s foreign income is derived from selling oil. But Chávez is dead, and his successor, Nicolás Maduro–elected in April 2013–is paying the bill. The price of Venezuela’s oil, composed of heavier crudes that fetch less than international benchmarks, last week averaged just over $39 a barrel. Economists estimate that Venezuela needs well over $100 a barrel to maintain its bloated spending. Venezuela may well default on its debt this year. Arguably no other country loses so big from cheap oil.

Last year, Maduro faced the biggest antigovernment protests in Venezuela in more than a decade. Now, with oil revenues in free fall, Maduro’s popularity is down to 22% and looks to be falling. Even those who once supported Chávez, like Rodríguez, are unhappy with Maduro’s handling of the economy. Two-time presidential candidate Henrique Capriles, a stalwart of the opposition, has called for further protests. The one saving grace for the government is that the opposition remains divided and weak. But lacking Chávez’s charisma–which carried the former President through trying economic times in the past–Maduro may be vulnerable to rivals within his Socialist Party.

Cheap oil puts the President, who blames the problems on an “economic war” being waged against Venezuela by the West, in a tough position. Bringing in pragmatic economic policies would hurt poor Venezuelans, who form the base of his support. Currency controls, enacted over a decade ago by Chávez, have created a black market on which the dollar sells for 30 times its strongest official value. But devaluing or ending the currency controls would exacerbate inflation and lower the value of Venezuelans’ savings.

Another option would be to end a $12 billion-a-year subsidy on gas at the pump, which allows Venezuelans to fill up their cars for just a few cents. Economically, this would be easier to do now with low oil prices, though politically, it could spark major riots–just as it did when a similar move was tried in 1989.

The oil crash has already clipped Venezuela’s anti-U.S. foreign policy. Beginning under Chávez, Venezuela has served as Cuba’s chief patron, sending the communist island country almost 100,000 barrels of oil per day and between $5 billion and $15 billion per year in aid. But there’s no way that Maduro can afford to remain so generous with oil below $50 a barrel–something Cuban President Raúl Castro surely knows. The lack of guaranteed support from Caracas would have made Castro “much more eager to negotiate and given the U.S. leverage,” says Ted Henken, a Cuba expert at Baruch College. December’s historic rapprochement between Havana and Washington might never have happened in a world of triple-digit oil.

The International Monetary Fund now projects that Venezuela’s economy will shrink by 7% in 2015. Yet Maduro mostly speaks of the need to “deepen the model” of socialism. When Chávez became President in 1999, he toured the nations of OPEC and invited their heads of state to Caracas for a major summit. Prices went up and stayed there for years, thanks in part to the Sept. 11 attacks and wars in Afghanistan and Iraq. Maduro has just come back from a similar tour of OPEC nations, hoping to persuade cartel members to push up prices and also to seek financing for Venezuela. In a recent cartoon by Venezuelan satirist EDO, Maduro is shown as a sweating snake charmer trying to persuade a barrel of oil to rise. So far, the magic hasn’t worked. 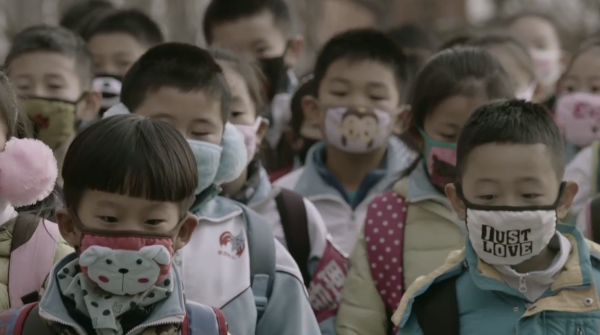 Watch This Haunting Film About China's Polluted Air
Next Up: Editor's Pick