As China continues its rise, Beijing will need strong allies. That’s a problem, because it doesn’t have any. True, China has become the lead trade partner for more than 100 countries around the world. But when it comes to the heavy lifting of great-power foreign policy, there’s a big difference between friends and business partners.

Which governments hold any sort of ideological affinity with China? Rogues like North Korea, Venezuela, Sudan and Zimbabwe top the list. Not exactly an all-star team of international influence. Nor can much good come to China from getting too deeply involved with those troubled countries.

What about Russia? Moscow can offer Beijing long-term energy supplies and help China contain the U.S. in Asia. But Europe, America and Japan will remain China’s largest trade partners for the foreseeable future. Russia doesn’t come close, and that limits China’s willingness to join Vladimir Putin in his efforts to antagonize the West. China and Russia also regularly jostle for influence in the Central Asian states that lie between them.

And there’s more for Beijing to worry about.

1 Venezuela is a basket case

In early January, China agreed to invest $20 billion to support the Venezuelan government. But Beijing may just be throwing good money after bad. President Nicolás Maduro’s approval rating has cliff-dived to 22%. The economy is in shambles, and the inflation rate is among the highest in the world. If oil stays cheap, Venezuela is probably headed for default.

China’s heavy bet on its friendship with Sri Lankan President Mahinda Rajapaksa included more than $4 billion in Chinese-backed investments. In 2014, for the first time ever, Chinese submarines docked in Sri Lanka–at a Chinese-owned and operated port–irritating China’s rival India. But in a recent election, former Health Minister Maithripala Sirisena campaigned hard against Rajapaksa’s pro-Beijing policies and won, robbing China of a reliable ally.

No other country is more economically dependent on China, which provides nearly 90% of North Korea’s energy imports and most of its food supplies. In 2013, China accounted for nearly 80% of North Korea’s $8.6 billion in total trade. What does China get in return? Relative peace and quiet. For now.

China put high stakes on Sudan in recent decades, spending billions on oil pipelines to bring crude from southern fields to northern ports that can ship it on to China. Then a civil war threatened China’s investment, and in 2011 Sudan split in two. Now Beijing must manage conflicts in oil-rich but landlocked South Sudan, where a surge in violence has killed more than 10,000 people and displaced more than 1 million. A vanguard of Chinese peacekeepers arrived in early January, and some 700 Chinese infantry are due to arrive by April.

5 Cuba and Burma are making new friends Some of the most isolated regimes in the world are opening up–and trying to shed their dependence on Beijing. China is Cuba’s largest trade partner and its biggest creditor, but normalized relations with the U.S. could open the door to game-changing moves between Havana and Washington. China is still Burma’s largest trade partner and its biggest supplier of weapons. But since the country launched democratic reforms in 2011, players like Japan and Singapore have gained an investment foothold. 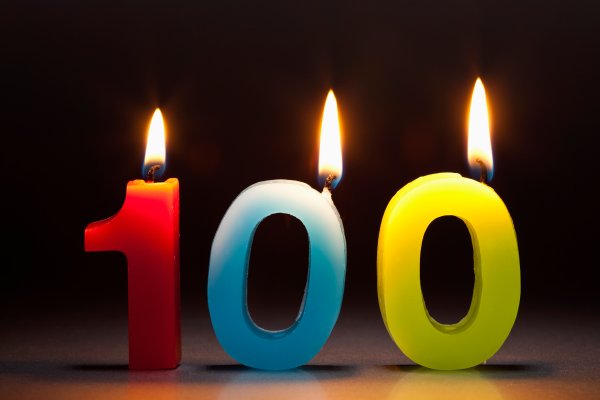 Research Shows These 5 Simple Things Can Help You Live to 100
Next Up: Editor's Pick