Twenty-five pilot whales beached themselves on Kice Island off southwest Florida in 2014. Sickness related to environmental problems can trigger beachings, which are on the rise
Carolina Hidalgo—Naples Daily News/AP
By Jeffrey Kluger

Stand on a beach at sunset and you can almost convince yourself that all is well beneath the waves. But three new studies reveal just how sick the oceans are–and how big a role humans are playing.

Start with climate change: according to a report from NASA and the National Oceanic and Atmospheric Administration, 2014 was the hottest year on record. Of the 10 warmest years since 1880, nine were in the 2000s, and the one that missed–1998–came close.

When temperatures rise, polar ice melts. A second study, in the journal Nature, showed that the rate of sea-level rise has been 25% faster than previously thought. Even an inch of additional sea level represents 2 quadrillion gal. of water–enough to fill 3 billion Olympic-size swimming pools–that can threaten coastlines.

Finally, a study in Science warned that worldwide, the oceans are facing “a major extinction event.” Coral reefs are dying, fish stocks are collapsing, seas are acidifying, and surviving species are migrating to cleaner, cooler waters wherever they can find them. The oceans were here for 3.8 billion years before humans arrived. It has not, alas, taken us nearly as long to make a mess of them. 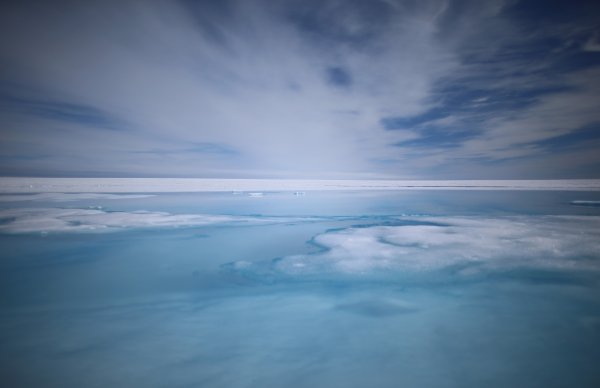 Two Massive Glacial Lakes Drained Away in Weeks
Next Up: Editor's Pick