The Cost of Cheap Gas

At first look, the collapse in oil prices over the past year, from $107 per barrel in June to below $50 a barrel today, seems like the proverbial free lunch for American consumers. The decline in prices is the equivalent of a $125 billion tax cut. And it’s effectively a progressive one, since the biggest beneficiaries will be working- and middle-class people who spend a disproportionate amount of their income on gas for their cars and heating fuel for their homes. American households with oil heat could save $767 each this winter. That cash can now be spent on a new car–or a washing machine, an electronic gadget, clothes or a few dinners out.

That should boost spending, and thus boost job creation, in a broad array of industries. Goldman Sachs estimates low oil prices could add as much as a half-point to U.S. GDP growth, which would push total growth up toward 3.5%–a level that should sustain the broad-based job creation we’ve seen over the past few months. In the previous two cases in which oil prices fell more than 50% when the U.S. was not in recession–in 1986 and again in the late 1990s–growth jumped the following year.

So why isn’t cheap oil making the markets happy? There are two complicating factors. First, China is now the world’s second largest economy and its most voracious energy consumer–and its economic slowdown has dented oil demand. Given that China has provided the majority of global growth since the 2008 financial crisis, Wall Street is spooked. The benefit from falling oil prices for U.S. consumers and companies may well be somewhat offset by a slower China, given that so many American businesses depend on sales in the Chinese market.

But there’s another factor at play. Plunging oil prices are pressuring the American shale-oil and -gas producers responsible for the domestic energy boom–which comes with its own ramifications for the economy. Shale oil is relatively expensive to get out of the ground; much of it requires prices of around $70 a barrel to be economical. That’s why a lot of future shale-oil production is already being slashed. A recent Goldman Sachs report estimated a 15% drop in spending within the U.S. oil business this year; London-based Capital Economics is estimating a much steeper decrease, as much as 60% to 70% in the first half of the year, if prices stay as low as they are. Lower investment means fewer jobs in the industry.

Most economists will say, rightly, that lower oil prices are on balance a short-term net gain to the U.S. economy. Not only is there a huge consumer windfall in the form of lower prices, but the domestic energy sector’s share of jobs is really quite small, just 1.4% of total nonfarm employment in the U.S. Yet in a recovery that is producing jobs for Ph.D.s and burger flippers but little in between, energy-sector employment is one of the few bright spots for the middle class. Energy jobs pay more than double the average annual wage across all industries in America.

Those jobs help fuel others in their communities. The Manhattan Institute, a conservative New York–based think tank, has estimated that as many as 10 million jobs in the U.S.–and $400 billion in annual economic wealth–depend in some way on the shale-oil boom, many of them high-skill, high-pay factory jobs. The National Association of Manufacturers estimates that homegrown shale oil and gas will create another 1 million manufacturing jobs within the next decade, as the economies of scale and logistics of cheaper domestic energy encourage insourcing of factory jobs back to the U.S.

Exactly how the oil-price decline affects jobs, wages and growth over the next few months will tell us a lot about the U.S. recovery. Will consumers spend their savings from cheap gas and spur economic growth and job creation elsewhere? It looks likely, but when they spend on things like consumer gadgets, for instance, they’re mostly supporting cheap factory jobs and well-paid engineers. In other words, the benefits go mainly to the top and bottom ends of the socioeconomic spectrum–right where they’ve been in the past decade. When falling oil prices cause energy producers to cut back, the U.S. will lose middle-class jobs–exactly the kind America needs to ensure the recovery lasts when prices bounce back. 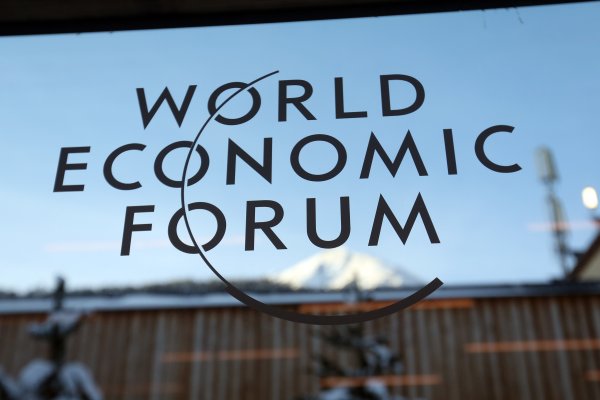 Expect Talk of Oil, Terrorism and Sex Scandals at Davos
Next Up: Editor's Pick