In the Spring of 2009, the U.S. was trying to climb out of a deep, ugly hole. So was Leslie Knope. With the Great Recession raging and Americans debating the government’s role in fixing it, NBC premiered Parks and Recreation, starring Amy Poehler as an ambitious small-town bureaucrat in fictional Pawnee, Ind. Leslie took on a small but fiercely fought challenge: turning a dangerous abandoned pit into a city park, a quest that involved many pratfalls into the hole and pushback from Pawnee’s fractious citizens, who would show up at town meetings to–in Leslie’s glass-half-full phrasing–“care loudly at me.”

The park eventually got built. The recession eventually ended. But beyond that, Washington and Pawnee parted ways. In the real world, gridlock and polarization killed any hope that reasonable people could compromise on problems everyone knew needed to be solved. But Parks, which ends its final season on Feb. 24, suggested something crazy for a political comedy in a cynical time: that as absurd and imperfect as government could be, it could still make life slightly better.

Parks became network TV’s best and brightest sitcom by embodying the slogan that all politics is local. It doesn’t mention political parties. (In the current season it’s 2017, but we don’t even know who won the election–no spoilers!) Parks’ concerns are budgets, zoning, local rivalries. It hasn’t pushed hot buttons so much as tickled them, as when Leslie performed a photo-op “marriage” of two zoo penguins who turned out to be gay.

But there’s a big idea in Parks’ small-scale vision. In the frame of today’s politics, it might be a liberal notion, but it’s one that for much of the 20th century was centrist, and even championed by Republicans like park lover Teddy Roosevelt: that we need government to do things the private sector can’t or won’t, like preserving public spaces.

Shockingly, Parks has dared to suggest that while some civil servants might be bumbling–sorry, Jerry!–they can also be well-intentioned and competent. (This too wasn’t considered a liberal notion before the era when Ronald Reagan joked that “the nine most terrifying words in the English language are ‘I’m from the government and I’m here to help.'”) Leslie is comically tenacious–Poehler plays her as a cheerfully overprepared super-wonk–but she’s good at what she does and is driven by a fierce love for her hometown as well as its famous waffles.

Leslie can’t do it alone, though: she’s assisted by a network of co-workers and friends (played by a comedy-powerhouse cast, many of whom–like Chris Pratt, Aubrey Plaza and Aziz Ansari–have deservingly become stars). Even her former supervisor Ron Swanson (Nick Offerman) admires Leslie’s commitment, even though he’s so libertarian, he once illustrated the evils of taxation to a fourth grader by eating 40% of her lunch. Parks argues not only that we need our neighbors’ help but that helping makes us better ourselves; it’s in the small-town, populist tradition of Friday Night Lights and It’s a Wonderful Life.

Still, Parks isn’t naive about how tough it can be to convince Bedford Falls not to let itself become Pottersville. Leslie is elected to city council, then loses a recall vote after she angers businesses by pushing a soda tax. (One Pawnee fast-food joint serves a 512-oz. “child size”: “It’s roughly the size of a 2-year-old child, if the child were liquefied.”) By the seventh season, Leslie has moved up to head the regional office of the National Park Service.

Her final quest is to secure a valuable parcel of local land for a new national park. Problem one: a big tech business also wants to buy it and has much deeper pockets. Problem two: the tech company is working with Ron, now a private contractor, which both tests their friendship and pits his libertarianism against her communitarianism. But while Leslie’s rivals have money, she says, “I have the most valuable currency in America: a blind, stubborn belief that I’m 100% right.”

Parks’ sympathies are with the underdog. After all, it’s always been one, scraping by with a fraction of the viewers of hits like The Big Bang Theory. But it’s survived for seven seasons, and–even if NBC seems to be rushing it out the door by airing its last episodes two at a time–it’s getting to end its optimistic story on its own terms. As Leslie Knope knows, sometimes the little victories are the sweetest. 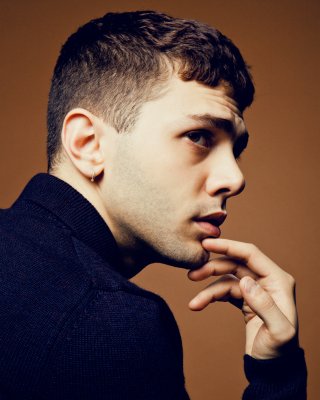