Here's What It's Like to Use Microsoft's Amazing New Holographic Headset

After tickling pint-sized sheep across a coffee table, blowing a holographic hole through a wall and touring the surface of Mars, it seems safe to say that Microsoft’s newly unveiled headset, the HoloLens, marks a major leap forward in the field of virtual reality.

Microsoft unveiled the HoloLens during a Windows 10 press conference at its Redmond, Washington headquarters on Wednesday. Rather than immerse the user in a digital fantasy world, like the Oculus Rift, the HoloLens overlays 3-D images on top of real-world surroundings, blurring the line between fantasy and reality.

No recording devices were allowed into the demonstration rooms, which were hidden beneath the ground floor of Microsoft’s Visitor Center and secured behind locked doors. Unlike the sleek, donut-shaped headset unveiled on stage, the prototypes in the demonstration were skeletal contraptions that wrapped around the cranium and included a small computer slung around the neck. The weight was easy to ignore once the technicians fired up a game of Minecraft and the game’s fantasy world sprawled out over real world living room furniture.

As the headset’s spatial sensors scanned their surroundings, a pulse of blue light passed over the tabletop and slipped around the corners. Suddenly a slightly translucent image of a castle rose from the tabletop. Beneath it, a pool of blue water was spread across the floor and thumb-sized sheep grazed at the water’s edge. The images are projected directly into the user’s eye and precisely turn with the user’s movements.

While the images appear to fade away at the periphery, a turn of the head quickly fills in the blank with new terrain. Users can interact with their surroundings by training their eyes on any object of interest, holding out a pointer finger and “air tapping” it with a downward flick. Air tap a holographic shovel, for instance, and it punches a hole through the coffee table. A soft beam of light passes through the opening and casts a bright patch on the floor.

The holes can offer keyhole glimpses into new terrains. Beneath the side table was a lake of lava. After a blowing a hole through the wall, a passageway to a cave opened, complete with bats flitting back out towards the user. But the highlight of the demonstration had to be the bizarre-yet-satisfying pleasure of tickling miniature sheep across a table, and watching one poor creature take a lemming-like leap over the table’s edge.

The second demonstration suspended a Skype video screen in mid-air. The caller, a Microsoft engineer, shared my view on her screen and directed me toward a scattering of tools. She then guided me through a real world installation of a light switch, with her drawing holographic arrows at the tools I needed each step of the way. It worked, and it showcased the HoloLens ability to stick an expert into a novice’s field of vision, instantly eliminating the skills gap.

A third demonstration projected photographic landscapes of Mars, snapped by NASA’s mars rover, in a surprisingly crisp image of its cracked and rocky surface. Microsoft has partnered with NASA’s Jet Propulsion Lab to simulate exploratory missions on Mars. A real-world monitor showed the two-dimensional landscape on a conventional screen, but pull the mouse cursor beyond the screen’s edge and it floats seamlessly into the 3-dimensional landscape, where a mouse click can plant a holographic flag into the ground.

A final demonstration showed how models can be constructed in space, by pinching pre-fabricated shapes, rotating them and gluing them together. A “perfect print preview for 3-D printing,” explained a Microsoft engineer as a coworker put the finishing touches on a koala wearing a space helmet. Moments later they distributed 3-D printed models of the same koala in a goodie bag.

To be sure, these were highly stage managed interactions with the HoloLens, and it remains to be seen how it will fare for the average consumer. When that will happen remains an open question. The HoloLens has been under development for at least five years, and its lead inventor, Alex Kipman, said the product would release sometime “within the Windows 10 timeframe,” which could mean a matter of years.

Still, the technology is mind-bendingly cool. If the experiences in the demonstration rooms can be carried over into the real world, Microsoft may have a shot at reclaiming the mobile market, leapfrogging over the current jumble of smartphones, tablets and phablets, and into the next generation of augmented reality. 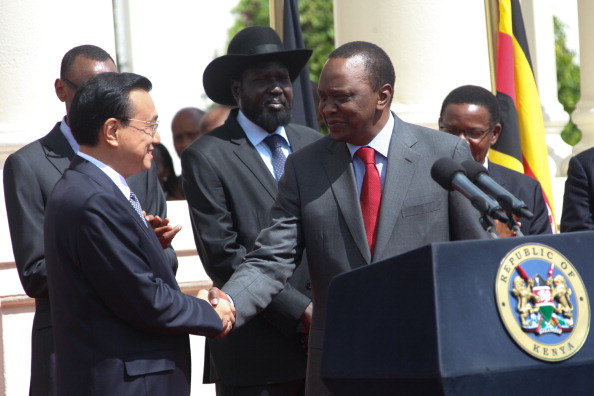 Five Best Ideas of the Day: January 21
Next Up: Editor's Pick