Houthi Shiite Yemeni wearing army uniforms stand atop an armored vehicle, which was seized from the army during recent clashes, outside the house of Yemen's President Abed Rabbo Mansour Hadi in Sanaa, Yemen, Jan. 22, 2015.
Hani Mohammed—AP
By Noah Rayman

Yemeni President Abdel Rabbo Mansour Hadi said Wednesday that he was ready to agree to a deal with Shi‘ite rebels that would bring violence in Sana’a, the capital, to a temporary halt. But the turmoil has left Hadi clinging to power by a thread and threatened one of the U.S.’s most important alliances in the fights against al-Qaeda.

The militants, a group of Shi‘ite Muslims called the Houthis, first swept into the city in September, when they overran military forces and demanded to share power with Hadi’s government. A breakdown in negotiations this week prompted some of the worst violence in the city in years, which left at least nine people dead and culminated in the Houthis’ seizure of the presidential palace on Tuesday.

On Wednesday, in a statement reported on by Reuters, Hadi indicated that the contentious draft constitution was open to amendments, a key rebel demand, but that he would remain in his post. Still, it’s clear who is pulling the strings now in Sana‘a.

The Houthis are members of a northern minority Shi‘ite sect known as the Zaidi, and they have waged a decade-long on-and-off insurgency against the government calling for greater rights for their people. But since the ouster of President Ali Abdullah Saleh in 2011 amid the wave of popular protests that swept the region, the Houthi movement has gained wider traction as self-proclaimed reformers, capitalizing on dissatisfaction with the poor economic and security situations under Hadi’s U.S.-backed government.

The movement’s surge has posed a particularly thorny problem for the U.S. as it fights al-Qaeda in the Arabian Peninsula (AQAP), the Yemen-based terrorist group that is among al-Qaeda’s most powerful affiliates. AQAP claimed responsibility for the Jan. 7 terrorist attack on the French satirical newspaper Charlie Hebdo and has been linked to three failed attempts to take down U.S.-bound airplanes.

For years, the U.S. has struck at AQAP in Yemen with drones and Special Ops, but it has also invested in the Yemeni government to help repel AQAP on the ground, pouring nearly $1 billion of economic, military and humanitarian aid into the country since 2011. That strategy has been hailed as a success by President Barack Obama and was used as a blueprint for the fight against the Islamic State in Iraq and Greater Syria (ISIS). But as the government has focused on the Houthi rebellion, AQAP has regained a foothold in southern Yemen. U.S. officials now fear that a prolonged power vacuum in Sana‘a could give AQAP free rein to grow—and to pose new threats to the West.

“Yemen was supposed to be a role model for this smarter approach of building local capacity and getting our allies to do more,” Bruce Riedel, a senior fellow at the Brookings Institution, wrote in a blog post. “It’s a sobering reality that it’s not working.”

The Houthis, though, are no friends of the Sunni al-Qaeda militants. The group, which is believed to be backed by the Shi‘ite leadership of Iran, has clashed with al-Qaeda in Yemen and criticized Hadi’s failure to quash Sunni extremism. The problem for the U.S.’s counterterrorism operations is that it also has no interest in an alliance with the U.S.; it has been equally critical of Hadi’s dependence on U.S. support, and it’s motto reads in part, “Death to Israel, Death to America.”

Meanwhile, its growing influence in Sana‘a threatens to marginalize Sunnis in the deeply fractured country and boost support for al-Qaeda. “The Houthis victory also ironically benefits AQAP by polarizing Yemen, the poorest country in the Arab world, between Shia and Sunni, with AQAP emerging as the protector of Sunni rights,” Riedel writes.

Washington now faces a dilemma in Yemen. If a weakened Hadi stays in power, the U.S. must assess how it can leverage its influence against that of his new partners. On Wednesday, State Department spokeswoman Jen Psaki said in a regular press briefing that the “legitimate Yemeni government is led by President Hadi.”

But if Hadi is removed, the U.S. will either have to compete with Iran for the support of a Houthi-dominated government, or make do without a key counterterrorism ally in the region. 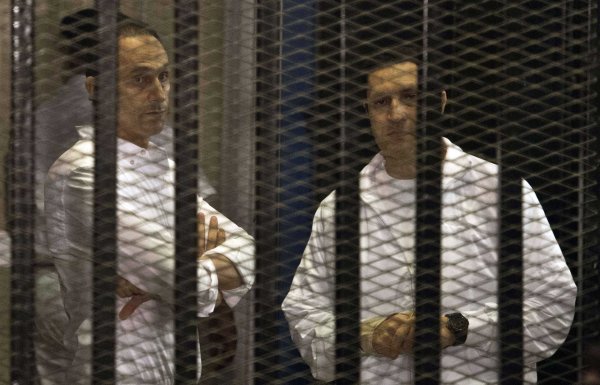