Pressure Builds on NFL and the Patriots Amid 'Deflategate' Scandal

Unless the NFL can find incontrovertible evidence that someone with the Patriots ordered air taken out of footballs Sunday in Foxboro, it’s more likely than not that commissioner Roger Goodell will defer ruling on the case until after the Super Bowl. Absent clear proof in the next few days that the Patriots cheated, there’s a simple reason: There is no rush. If Goodell decides that part of the sanction would be taking draft picks from the Patriots, the draft comes 12-and-a-half weeks after the Super Bowl, giving the league time after the season to investigate more thoroughly, particularly if that investigation does not have a clear conclusion by, say, this Friday. And it’s hugely important to the league to make the right decision here, not a more expeditious one.

Regarding the off-with-their-heads reaction: It’s too early to say what the league might do in this case. But I do know this: This has set off alarm bells inside the NFL’s Park Avenue offices in Manhattan. All hands are on deck, and there is an urgency about doing this investigation right, for the obvious right reasons about the integrity of the rules and a secondary reason: The NFL doesn’t want to risk botching this investigation and issuing a ruling it later has to amend, as happened in the Ray Rice case.

Plus, teams are allowed to put up a defense when charged with an offense affecting the competitive balance of the game. The NFL constitution and bylaws mandate that the commissioner give the team in question a proper hearing so that the team can contest the charges if it chooses. Remember the Saints’ Bountygate charges? There were actually two investigations, covering several months; the first found insufficient evidence to charge the Saints with any football offenses, but the second look—after the league used forensic methods to analyze emails and text messages and communications inside the Saints organization—resulted in heavy sanctions against coach Sean Payton and GM Mickey Loomis, and the loss of two draft picks.

That is why the NFL will be—and should be—deliberate in the investigation of whether someone connected with the New England Patriots doctored the footballs either before or during the AFC Championship Game.

Three points are important to keep in mind as this story develops:

1. I think it’s fair to assume—though it hasn’t been confirmed by the league—that the Patriots’ footballs that were tested at halftime Sunday had less air, and the Colts’ footballs were all found to be legal. Connect the dots. Chris Mortensen reported Tuesday that 11 of 12 Patriots football had approximately two pounds less pressure per square inch than the mandated 12.5 psi required by the NFL. In other words, the Patriots’ footballs were softer than allowed by rule. The obvious deduction is that all the balls, for both teams, were measured at halftime, and that New England’s footballs were found to be softer—or else the league would be investigating Indianapolis as well, and the league is clearly not doing that. This is important because it would render moot the theory going around that the cold weather could have caused the air pressure in the balls to decrease. It was the same weather on both sidelines.

2. There’s a difference that all these ex-quarterbacks are not taking into account when they say, “Every team doctors the footballs.” Former quarterback Matt Leinart tweeted something Wednesday that many quarterbacks were saying in different ways: “Every team tampers with the football. Ask any QB in the league, this is ridiculous!!”

Every quarterback can tamper with the 12 footballs assigned to his team in the days before the game. In the NFL, each team is allowed weekly to break in 12 new footballs as it sees fit, according to the quarterback’s preference. That includes taking the shine and slipperiness off the new balls, and compressing them and working them in to soften the leather. By rule, those 12 footballs are then delivered to the officiating crew on site 2 hours and 15 minutes before the game begins.

At that point the head linesman inspects each football with one or more members of his crew. If need be, the officials will clean off the balls. Then they will insert a needle into the balls, one by one, to ensure the balls are inflated to the proper pressure: between 12.5 and 13.5 psi. If a ball is underinflated, an electric pump is used to fill it to the requisite level. Then all 12 balls are marked by silver Sharpie with a referee’s personal preference of a mark—Gene Steratore’s crew uses the letter “L,” for Steratore’s fiancée, Lisa—and put back into the bag, and zipped. The bags are handed to the ballboys minutes before the opening kickoff. If it’s raining, or bad weather is on the way, the officials might tell the ballboys to change the ball on every play, whether it hits the ground on the previous play or not.

3. If Belichick is found to be culpable, I think Goodell will come down hard on him. It’s early. We don’t yet know where the trail on this investigation will lead. So this is presuming a lot. But in reporting a Goodell story four years ago, this anecdote stuck out to me. You’ll recall that after the 2007 Spygate investigation into the Patriots’ videotaping of opposing coaches’ signals that Goodell fined Belichick $500,000 and the franchise an additional $250,000, and he docked New England a first-round draft pick. As part of the discipline, Belichick would have to make a verbal apology in front of the press that week. Instead, the coach issued a printed statement and refused to answer any questions on the topic. “I was given assurances that [Belichick] would tell his side of the story,” Goodell said at the time. “He went out and stonewalled the press. I feel like I was deceived.”

Belichick said at the time, “I did not make any assurances about thoroughly discussing the subject publicly. I said I would address it following the league’s review. I then did that in a way I thought was appropriate. I don’t think that was deceptive.’’

Goodell did. I doubt there’s much benefit-of-the-doubt here if Goodell finds that Belichick was involved in the deflating.

As to what difference it made in a 45-7 game that the balls were deflated, seeing that the Patriots exploded for 21 third-quarter points with the balls evidently at proper inflation: irrelevant. Rules are rules, and if the Patriots broke a clear and indisputable rule, they must be sanctioned for it. The fact that the footballs made no apparent difference in the Patriots’ offensive performance doesn’t matter.

As to what would be a proper punishment if the Patriots are found guilty, I think it’s too early to say, because we don’t know everything about the story yet. But I believe if Belichick is found to be behind it, he should be suspended for some period of 2015. It’s hard to say for how long without knowing the full story, and there will be time to find that out.

And going forward, what should the league do differently in the future? Two things, I believe. One: Make the ballboys league employees, the same way clock operators and other ancillary game-day employees with influence on the game are. Put the ballboys through background checks—perhaps not as thorough as the checks game officials must go through, but just enough to ensure that their performance will not be compromised. Two: Tighten the chain-of-command between the officiating crew and the ballboys. I would suggest in the future that two of the game officials be assigned to personally deliver the bag of 12 footballs to each sideline, say, two minutes before the opening kickoff. I would also say that each ballboy should pass through a metal detector before the game and after halftime, to be sure he is not carrying any device that could be used to tamper with the air pressure of the footballs.

That all sounds pretty cloak-and-dagger. But the league should use this lapse in football protocol to do everything it can to see this is never an issue again. 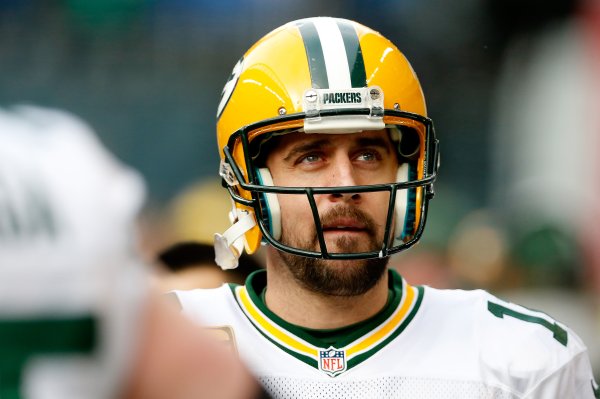