Academy Award-winning director Kevin Macdonald loves to put his characters in peril. The Scottish filmmaker, known for the acclaimed historical drama The Last King of Scotland and the Oscar-winning documentary One Day in September, frequently explores the psychological effects of life-threatening situations on human behavior, both in reality and in fiction.

His new thriller, Black Sea, out Jan. 23, stars Jude Law as a submariner who, having just been laid off by a salvaging company, puts a crew together to find Nazi gold supposedly preserved in a sunken U-boat. The team, half-British and half-Russian, procure an old submarine and journey secretly to the bottom of the Black Sea to find the treasure. Surrounded on all sides by dangerous water, bitter disputes over shares of the gold soon threaten the security of the submarine and the lives of the crew.

TIME spoke to Macdonald about working in a submarine, keeping the peace on-set and balancing documentary with fiction.

TIME: Did anything in particular drive you to do a film about the sea?

Kevin Macdonald: I’ve always wanted to make a submarine movie. There’s something about this claustrophobic setting that means you can really make a film about human behavior. The environment produces a lot of natural tension. Are they going to survive, is the water going to burst in, are they going to end up on the bottom of the ocean floor, are they going to be able to get away? Are they going to turn on each other? In fact, the inspiration for the movie was an incident that happened in 2000 in Russia. The Kursk was a submarine that had an explosion on it, went down and sat on bottom of the ocean floor. There were 25 sailors still alive inside it in one of the compartments. They were only 350 feet from the surface, and they were banging on the side of the thing sending signals to the people above, but they could never rescue them and they all died when the air ran out. “What a horrible, frightening scenario,” I thought, and that’s where the idea of the movie came from.

What was it like shooting in the sub? Did that claustrophobic tension affect you guys behind the scenes?

A little bit. We were shooting on a real submarine for a couple of weeks to begin with. It’s airless and smelly, with diesel and sweat. It’s a very harsh, metallic, machine-like environment. Also, crucially for a filmmaker, it’s not an easy environment to work in because there’s no space. But shooting on the real submarine helped the actors, because when they went on to a set, they brought with them the knowledge of what it’s like to be entombed in this metal submarine—the smell and the feel of everything. It’s very hard sometimes for actors when they’re on a set that’s fake, because you kind of know it’s fake. Nothing feels real, nothing works. It’s like playacting. So, to start it off in a real submarine, understand that claustrophobia, and the reality of what it means to be stuck down there, that was enormously helpful for everyone.

Was there any tension between the cast and crew, then — any frustration?

I think it’s like anything. You’re with a group of people in a confined space, pushed up against each other. You have to quickly learn not to have the same concerns about personal space that you would normally have. And the Russians found it quite frustrating because they often didn’t understand what was going on, because they didn’t speak any English. But they were actually lovely warm people, the Russians, and so for the most part it was fairly tranquil.

How did you deal with the language barrier with all the Russian actors?

It was very difficult. I had a translator next to me the whole time. It definitely added a sense of authenticity to the movie, which I was really going for. I wanted people to feel like, “I’m in a submarine with a bunch of Russians who don’t understand English.” And yes, you were in a submarine with a bunch of Russians who didn’t understand English. But I love the fact that we had these real Russian actors, several of whom are big stars in Russia. They’ve never done foreign language films before, because they thought, “When we’re asked by Hollywood to play a Russian character it’s usually someone who wants to blow up the world or somebody who wants to bring down the American financial system.” They’re ridiculous villains in Mission Impossible or something. And in this they got to play more rounded characters, they’re on equal footing with the British characters, they have equal respect with the British characters. So, yeah, that was nice.

What do you want audiences to take away from the film?

My ideal is a movie which is entertaining and fun, but also, afterwards maybe sticks with you, and you think about some of the themes in it as well. I hope that it’s an exciting, thrilling adventure film that you’re going to go and see and be, you know, thrilled and excited. It’s a very gripping story. But on top of that there are a lot of interesting character things going on, in particular the character of Robinson, played by Jude. There’s this whole theme about greed and what money and gold does to you. At its heart it’s psychological. It’s about the tragedy of men not knowing what to do with themselves, not knowing who they are if they lose their jobs. And these guys are driven by the resentment behind that. They want to get the gold but they want to also regain the respect of society and their own self-respect.

So, as a filmmaker, what’s it like for you going back and forth between documentaries and fiction films?

Journalism is what I wanted to do when I started my career, but I couldn’t get a job and I ended up working in documentaries. And then I started doing feature documentaries for cinema and that was how I got into doing fiction. But I really like reengaging with the world. I’m interested in people, I suppose, so I want to ask nosy questions. Whereas in fiction, the fun of it is working with actors, the psychology of performance, and trying to tell a story using the craft of filmmaking. When I’m making a fiction film, I’m trying to make it feel as real as possible, trying to make it feel spontaneous and textured, like real life. When I’m making a documentary I’m doing the opposite. I’m taking the chaos of reality and I’m trying to give that shape and give that a story, make it feel like it was written. So I’m trying to make a fiction film feel like a documentary and a documentary feel like a fiction film, in some strange way. I hope I can carry on alternating. I’m doing a documentary at the moment. It’s like a breath of fresh air. I feel like you can get stuck in the world of fiction, speaking to agents all day, and trying to get money together. It’s an exhausting and tedious part of the job. If I had to do one after the other I think I’d go crazy. 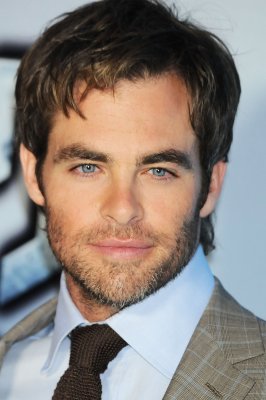 New Writers Picked for Star Trek 3
Next Up: Editor's Pick