It Might Finally Be Time to Say Goodbye to Internet Explorer

The logo of Microsoft Corp.'s Internet Explorer 9 is displayed on a computer monitor in Washington, D.C., U.S., on Tuesday, March 15, 2011.
Bloomberg—Bloomberg via Getty Images
By Alex Fitzpatrick

You’ve had a good 20-year run, Internet Explorer. But your days are probably numbered.

News of your potential demise started as whispers late last year when reports emerged that Microsoft was working on a wholly new Internet browser. They gained momentum about a week later with a leak detailing some of this mystery browser’s features. And they finally solidified Wednesday when Microsoft made it all official, unveiling for the first time “Spartan,” which could become one of the company’s only browsers not called “Internet Explorer” in two decades.

Microsoft hasn’t started digging your grave just yet. For now, you’ll have to share hard drive space with your lean, more stylish cousin once Windows 10 arrives sometime this year. And there’s always the chance your makers might give Spartan an IE designation before that.

But that seems unlikely. The whole point here is that you’re boring, washed up, old news.

Sure, you’ve still got nearly 60% of the global market share for browsers. But that’s peanuts compared to the world-dominating numbers you put up before Apple’s Safari, Google’s Chrome and Mozilla’s Firefox started nipping at your heels. And because Windows Phone has flatlined, you’ve barely made a blip on mobile, where most people are using the web these days.

But the biggest problem you face, Internet Explorer, is that you carry 20 years of brand baggage—and it’s not good. You’ve developed a reputation, however unfair, as slow and unwieldy. We’re long past the point where a makeover and a bigger number alongside your name can turn you into the prettiest browser at the ball. If you weren’t packaged along with Windows—long your biggest and most controversial advantage—there’s no telling how far your figures might fall.

Microsoft needs something fresh, something new. It needs Spartan.

Besides marking a fresh start, what does Spartan do that you don’t? It’s leaner, faster, designed with mobile in mind. Close integration with Cortana, Microsoft’s voice-activated assistant, means it will bring users relevant information like flight delays without even having to visit an airline’s website. Spartan’s note-taking mode turns the web into a canvas, letting users scribble notes on live websites and send off them to colleagues or friends. Spartan could even be made available for non-Windows platforms like Android and iOS, helping it gain market share on mobile, which is clearly the future.

How much longer you’ll be around, IE, depends on Spartan’s success. Perhaps your new rival won’t be as good as Chrome or Firefox, and Microsoft will shy away from it. Maybe having two baked-in browser options will confuse Windows 10 users, and they’ll stick with you out of habit. Or maybe Microsoft will call Spartan “Internet Explorer 12” after all. But if Microsoft does decide to pull the plug on you, IE, despair not: 20 long years of service qualifies you for a dignified retirement. 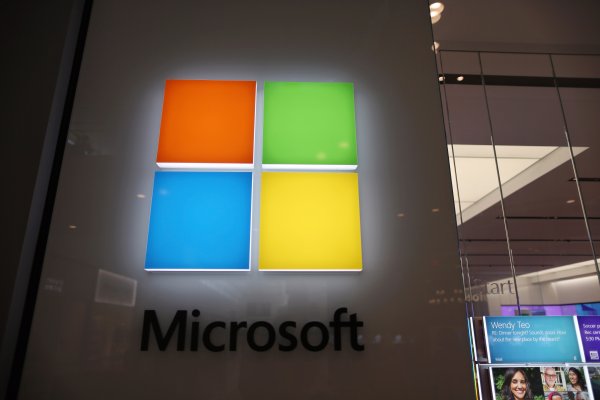 Microsoft's Next Version of Windows Will Be Free
Next Up: Editor's Pick