Taking any drug is a matter of weighing the benefits and risks, and when it comes to birth control, women may now have one more factor to consider.

Dr. David Gaist, a neurologist at Odense University Hospital and the University of Southern Denmark, and his colleagues found that women taking hormonal contraceptives — those containing estrogen, progestin or a combination of both — showed higher rates of a rare brain tumor known as glioma. Their results, published Thursday in the British Journal of Clinical Pharmacology, raise questions about the connection between oral contraceptives and brain cancer, but shouldn’t yet be interpreted as a reason to stop taking birth control, says Gaist.

MORE: This Contraceptive Is Linked to a Higher Risk of HIV

Using data from Denmark’s national registries of health records, cancer cases and prescriptions, Gaist zeroed in on the women aged 15 years to 49 years diagnosed with glioma, and then analyzed whether they were prescribed contraceptives and for how long. Overall, women who had used hormonal contraceptives at any point in their lives showed a 50% higher risk of developing the brain tumors compared to those who had not used them. And women who used the birth control for more than five years nearly doubled their risk of the cancer. Still, Gaist says, since gliomas are rare, even a doubling of a rare event is still a small risk.

“If you look at women in Denmark aged 15 to 49, about five in 100,000 experience that terrible diagnosis in a year, and that figure includes women on hormonal contraceptives, so it’s a very rare event.”

But he admits he was “a bit surprised” by the results, since previous studies suggested that the sex hormones estrogen and progestin might be protective against the gliomas. But those studies primarily included women past menopause, who self-reported their use of contraceptives. In his study, the women were at the age where they would be taking contraceptives, and the data came directly from medical records and registries and therefore more likely to be accurate.

MORE: Take a Look at History’s Worst Contraceptives for Women

Interestingly, Gaist found that women using progestin-only birth control showed slightly higher risk of developing gliomas. While it’s not clear why, he suspects that obesity may be playing a role. In Denmark, regulations require that doctors avoid prescribing estrogen-based contraceptives to obese women, since estrogen can increase risk of blood clots.

Dr. Santosh Kesari, director of neuro-oncology at University of California San Diego and a member of the American Academy of Neurology, notes that rates of gliomas have not spiked since the introduction of hormonal contraceptives, but agrees that the correlation deserves discussion and more study. “It’s something women should be aware about, but I don’t think there is enough evidence to say don’t use it. But the discussion about this potential risk needs to happen,” he says.

Until more research is done to tease apart how the hormones in contraceptives are influencing cells in the brain, Gaist agrees that there isn’t any reason for women to stop using such birth control methods. “With the present knowledge we have, I would still favor using contraception in eligible women,” he says. “But we need to do more research to get a better handle on the issues.” 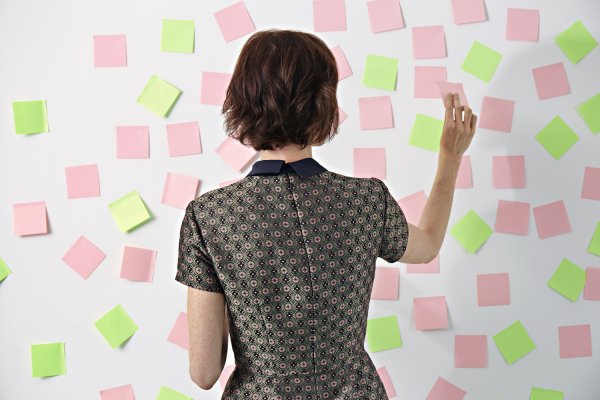 This Is the Reason You Keep Forgetting Stuff
Next Up: Editor's Pick