Research has long connected living in urban areas with a high risk for asthma. And it makes sense: Cities are polluted and pollution exposure is linked to a greater risk for asthma.

That’s why a new study, published in the Journal of Allergy and Clinical Immunology, is so surprising. The findings, which come from a study of 23,000 U.S. children, show that income and race are much greater risk factors for asthma than where a child lives. The greatest predictors of asthma risk, according to this research, are poverty and being African American or Puerto Rican.

“We didn’t go in looking to make this point at all,” says lead study author Dr. Corinne Keet, an assistant professor of pediatrics at John’s Hopkins Children’s Center. “We were somewhat surprised to find that living in a city didn’t seem to be a risk factor for asthma.”

To reach these findings, the researchers looked at data from 23,065 children, ages 6 to 17, who were part of the 2009-2011 National Health Interview Survey, and calculated the prevalence of asthma among the group. Their results showed that the prevalence of asthma among inner-city children was 12.9%, and 10.6% in non-inner city neighborhoods. But when the researchers accounted for race, ethnicity, geographic areas, sex and age, it was no longer significant.

Keet says she thought of looking into this while writing a grant proposal. She wanted to toss in a line about how inner-city children have more asthma, and couldn’t find the nation-wide evidence to back it up. She enlisted Dr. Elizabeth Matsui, another Johns Hopkins professor of pediatrics who has done several studies looking at the link between urban living and asthma. Keet learned from Matsui, who is a senior author of the study, that studies making the connection have primarily looked at individual cities, and that there was very little data looking at the effect nationwide.

The new findings still support pollution as a cause for asthma, but it suggests that indoor pollution may be doing more of the harm.

“A lot of what may make a difference is what happens inside the home than outside the home, especially as we spend so much time indoors these days,” says Keet. Allergen exposure from old housing materials, cockroaches and mice, mold pollution, cleaning supplies, and tobacco smoke may be heavy contributors.

Keet says other factors, like being born prematurely and second-hand smoke exposure, are also associated with both poverty and asthma. In addition, stress has been fingered as a possible contributor to asthma risk, and poverty is certainly a stressor for many families. When it comes to the race connection, Keet cites some research that has found genetic factors, especially among African ancestry, that’s associated with a greater risk. However, it’s very difficult to disentangle the genetics from the effects of other factors like socioeconomic status.

“[The study] turns 50 years of hypothesizing on its head,” says Dr. Len Horovitz, a pulmonary specialist at Lenox Hill Hospital in New York City, who was not involved in this study. “It seemed to follow logically that pollution in urban areas would contribute to asthma more so than in rural areas. I am more surprised by the rural numbers. But any young child who would have any wheezing episode should be seen and evaluated since pediatric asthma is not uncommon.”

It’s important to note that the new study was designed to look at overall prevalence of asthma, and not at the severity of a child’s asthma is. The researchers are already embarking on another study that looks at hospital and emergency room visits associated with asthma. Keet says they suspect that urban living may indeed exacerbate asthma.

“I think the takeaway is for policy makers — making sure we are not ignoring these pockets outside of cities,” says Keet. “A lot of work with great results has focused on children living in cities, and we just need to make sure we are not forgetting anyone else.” 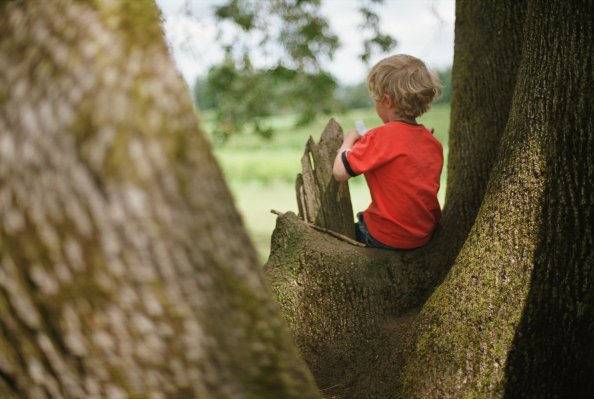 A Bad Childhood Can Literally Age You, Study Says
Next Up: Editor's Pick