The plot of “The Raven” is one of the most familiar in American literature: A bereaved scholar, mourning his lost love, is driven insane by grief (and a talking raven). The storyline must have been similarly familiar to Edgar Allan Poe, who seemed to be living a version of it, sans talking bird. What wasn’t familiar to the debt-plagued poet was the success that followed its publication.

After it appeared in New York’s The Evening Mirror on this day, Jan. 29, 170 years ago, “The Raven” became an overnight sensation, and so did Poe. He went from perpetual bankruptcy — according to a Jill Lepore profile of the poet that ran in The New Yorker in 2009, he lived on bread and molasses and was occasionally reduced to begging for change on the street — to a brief stint of relative financial security. Within a month, the poem was reprinted 10 more times. By the end of the year, Poe had published two new books, one a collection of short stories and the other of poems.

Poe, whom TIME called in 1930 “a morose genius who wrote horrible stories magnificently,” claimed to have written “The Raven” based on careful calculations to maximize its commercial success, Lepore reports. He concluded that gothic tales with spooky, supernatural elements sold best — so that’s what he wrote.

But it could also be argued that he wrote what he knew. As TIME’s 1934 review of two Poe biographies noted, “Tragedy visited him early and often, [and] did nothing to thicken an already abnormally thin skin.” He loved and lost an endless string of women, beginning with his mother, who died when he was 2. The love of his adolescent life — an older woman, the mother of a schoolmate — “died insane” when he was 15, according to TIME. An unsurprisingly macabre teen, Poe spent much of his time at her grave.

Unlike the narrator of “The Raven,” Poe managed to move on from this early tragedy, and was engaged to be married by the time he left home to attend the University of Virginia. When he returned, his fiancée was engaged to someone else. Finally, when he was 27, he married his 13-year-old cousin. By the time “The Raven” was published, his child bride was dying of tuberculosis.

Commercial ruse or not, it’s hard to read “The Raven” and not picture Poe, burdened by the accumulated grief of a lifetime of loss, flinging wide his chamber door and finding “darkness there and nothing more.” 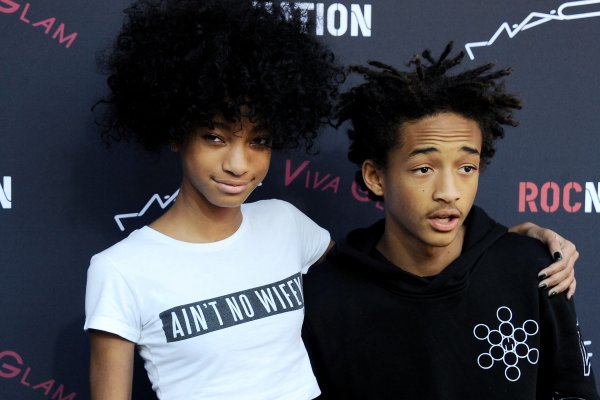 The Jaden and Willow Smith Poetry Generator
Next Up: Editor's Pick