Ideas
By David Sedney
David Sedney was Deputy Assistant Secretary of Defense for Afghanistan, Pakistan and Central Asia from 2009-2013 and Deputy Assistant Secretary of Defense for East Asia from 2007-2009. He is now a senior fellow at the Atlantic Council and a senior associate at the Center for Strategic and International Studies.

The U.S. approach to countering violent extremism is failing badly. Our current “light footprint,” counter-terrorism approach, posits that a combination of precisely targeted drone strikes, U.S. special forces raids, and training small, elite units of local forces can kill enough of the extremists’ “core” leadership to render those groups incapable. But, there has never been a strategy behind this hope, never an articulated theory of the case to explain where we were headed.

These methods have, for limited periods, degraded extremists’ capabilities. But, today it is clear they are fundamentally flawed and severely counter-productive. Rather than reducing threats, our tactics produce more dangerous, more committed extremists. The crucible of the pressures we have created has not destroyed the extremists, instead it has evolved them into more virulent forms. Our singular focus on killing, without any serious attempt to ameliorate basic societal problems — and the absence of a moral core for our actions — have led huge swathes of the world to see us as the evil doers. Extremists today seek revenge for those we have killed, to punish us for abuses they suffer, and to end our support for abusive, corrupt rulers.

The shape of the new world we are creating can be seen in the Charlie Hebdo attack, the growing Islamic State, the rampaging Boko Haram, the fractured, chaotic Yemen that features two radical groups that both hate the U.S., and the Taliban who massacre school children.

Rather than a safer international environment with decreasing terrorism, terror attacks are at an all-time high and increasing. Two organizations — Al Qaeda and the Islamic State — are competing for adherents through escalating public brutality. And it is working: New believers are flocking to their banners; they control serious chunks of territory in Syria, Iraq, Nigeria, Libya, and Yemen; they aim for a caliphate that rules from Myanmar to the Mediterranean; and they are quite clear that they will use violence to control us and our societies. The attacks in France, plots in Belgium, and threats to Japan of the past two weeks are only a harbinger of what is coming.

How did we get here? Weren’t the wars supposed to be over? Didn’t we “degrade and destroy” core Al Qaeda? Aren’t we chasing the Islamic State to the “gates of hell”? Sadly, but understandably, for the the last 12 years, U.S. administrations have been unwilling and unable to acknowledge that we face larger problems than any individual terror attack or group. The causes of violent Islamic extremism run deeper and the way forward requires more than killing, more than bombing and invading counties as the Bush administration did, more than the drones and special ops the Obama administration favors.

The causes for the multiple state and societal failures in the greater Middle East are complex, ranging from the absence of economic opportunity, to rigid social structures, and to authoritarian rule that cloaks itself in Islam, but at its core is a simple lust for power. Our instincts have been to try and ignore and isolate these problems, hoping that some sort of internal evolution will occur before these problems become ours. Unfortunately, the evidence is that these hopes are not realistic and the future is headed for worse.

One little remarked upon commonality of Presidents Bush and Obama is their hostility to what they called nation building — a long-term commitment to fixing countries not by remaking them in our image but by helping them along paths that emerge from their own realities. This is hard, expensive, and takes a very long time. Can it work? We can point with pride to our help to post-WWII Germany and Japan, to Europe in the Marshall plan, to Korea and Taiwan as examples that prove such endeavors can succeed. We can also point to failures such as Haiti, where we have applied fewer resources, with less skill and less adaptability to indigenous factors, as examples that prove we can get it wrong.

There is no good news here. We have tried the “easy” answers. They haven’t worked. Instead, they have costs tens of thousands of lives and hundreds of billions of dollars. Our surges and partial counter insurgency efforts in Iraq and Afghanistan never had our full commitment. We were only partly at war. Similarly, today our counter-terrorism approach and the killings it requires are understood by few Americans. The public sees it all as some sort of action movie. The reality is that a light footprint only produces light, transitory results — but that reality is ignored.

Where does that leave us? Faced with horrific attacks by extremists bent on creating a new reality with no place for our model of a liberal, secular world based on mutual respect for differences, what do we need? Leadership. Leaders who will explain just how tough the choices are and how high the stakes. Leaders who have the breadth of vision to understand that there are no quick, easy fixes. We need leaders ready to admit that we can’t kill our way out of the extremist problem. The application of force without a commitment to justice is neither effective nor worthy of the America we want to be. 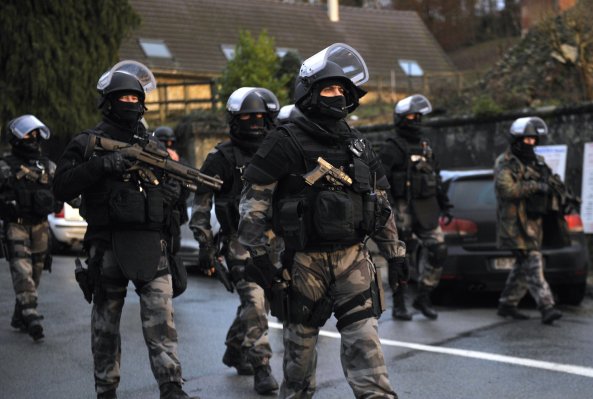 How French Intelligence Missed the Charlie Hebdo Terrorists
Next Up: Editor's Pick