There were over 6,000 words in President Obama’s State of the Union address, but he made history Tuesday night when he used just one of them: transgender.

In a section of the speech in which he noted that Americans “respect human dignity,” Obama included the word along with lesbians, gays and bisexuals:

People immediately took to Twitter to note that Obama was the first President ever to use this word his State of the Union. His mention of transgender people in the widely-watched annual address comes at the end of a year that raised unprecedented awareness, leading TIME’s Katy Steinmetz to wonder if American culture has arrived at the “transgender tipping point.”

Obama’s use of the words “lesbian” and “bisexual” were also firsts.

This is not the first time Obama has made history with the words in a major speech. He was the first president to address gay rights during an inauguration during his second inaugural address and the first to support same-sex marriage. 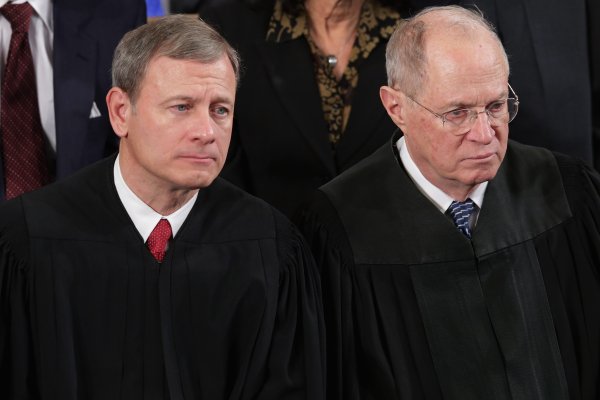 Why 3 Supreme Court Justices Didn't Attend the State of the Union
Next Up: Editor's Pick